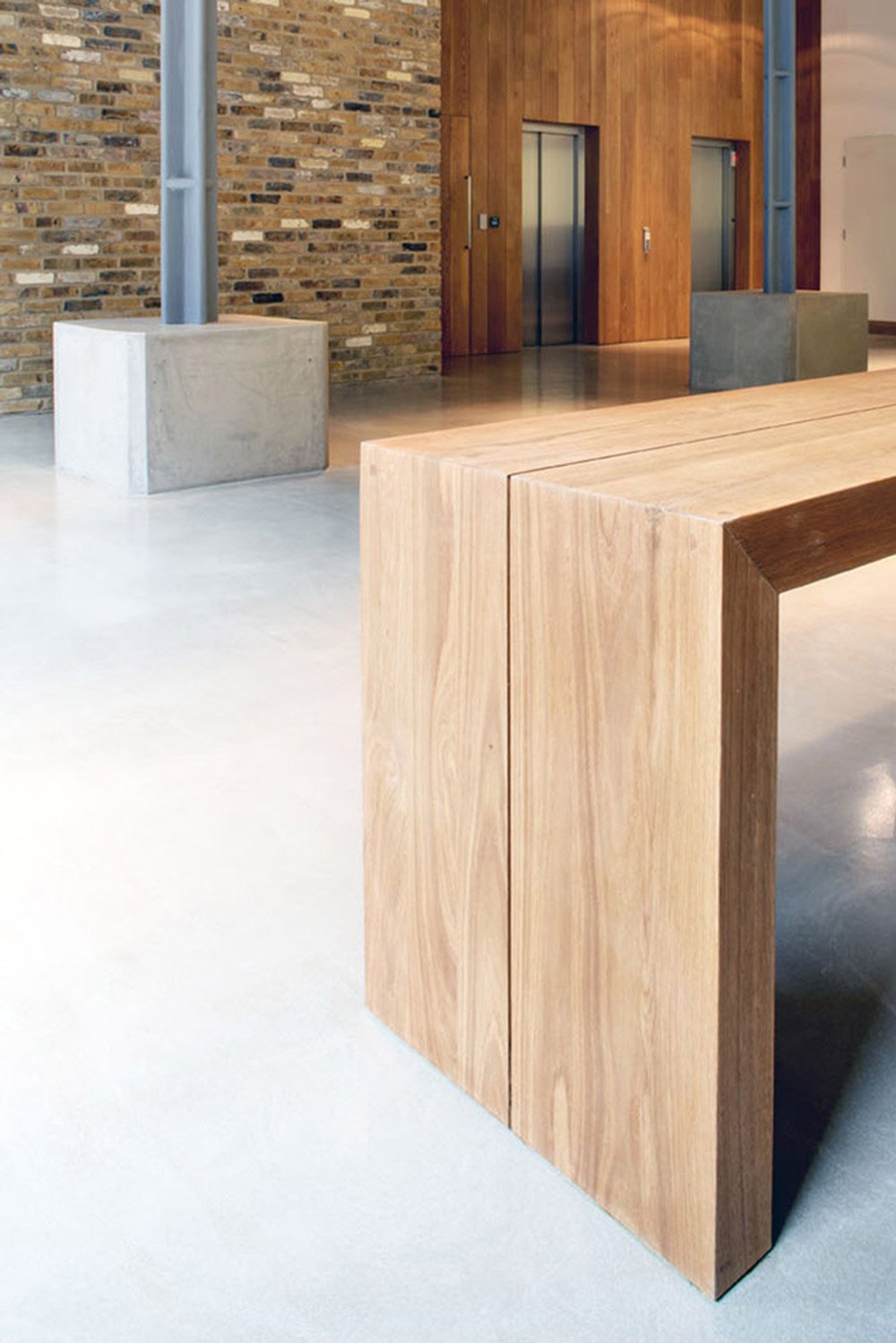 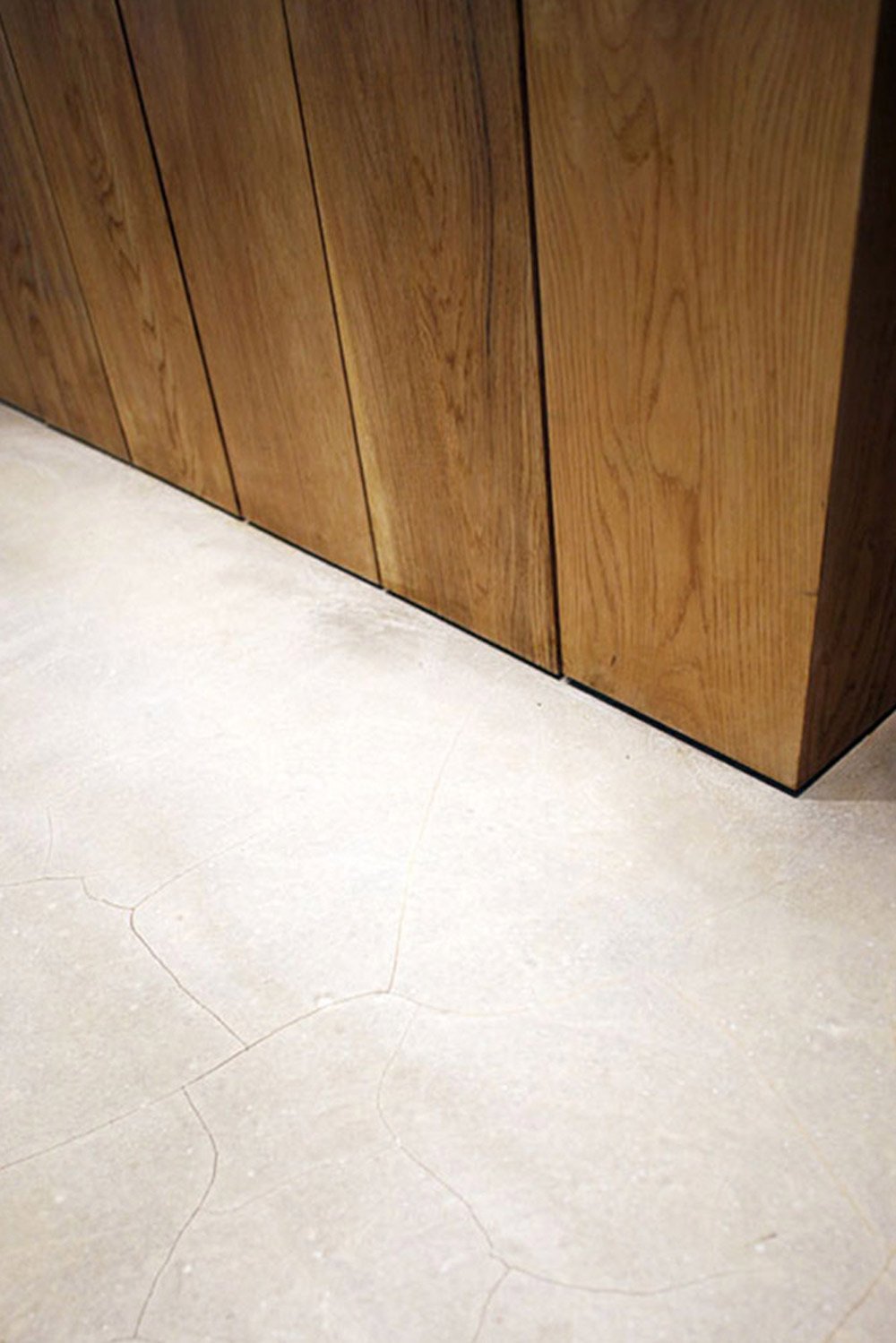 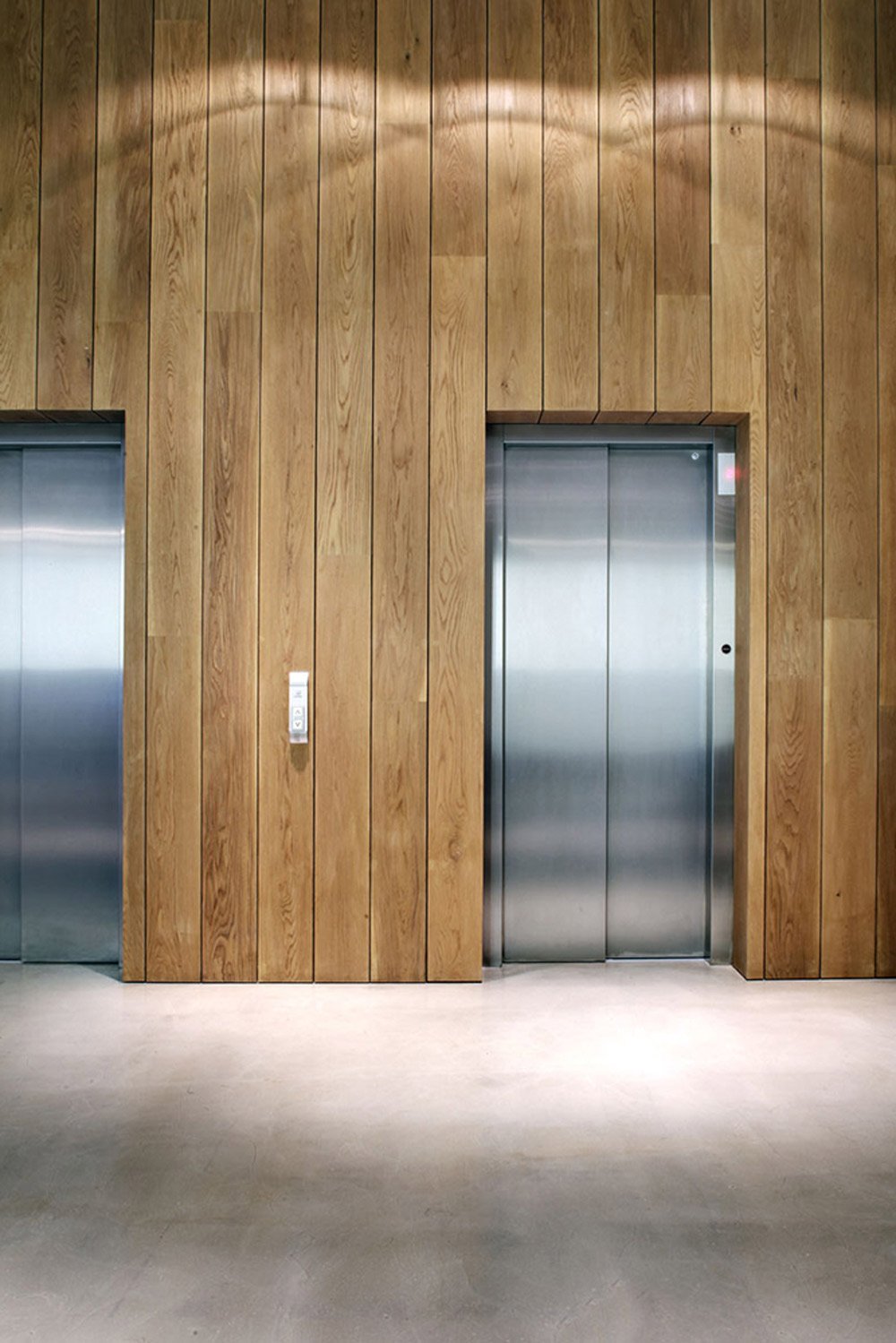 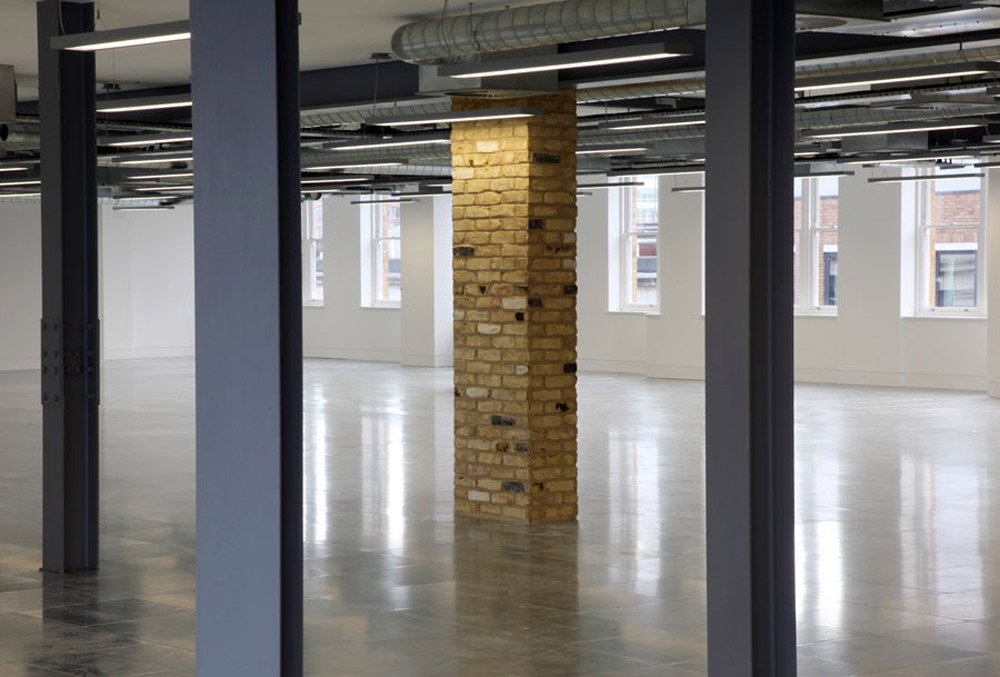 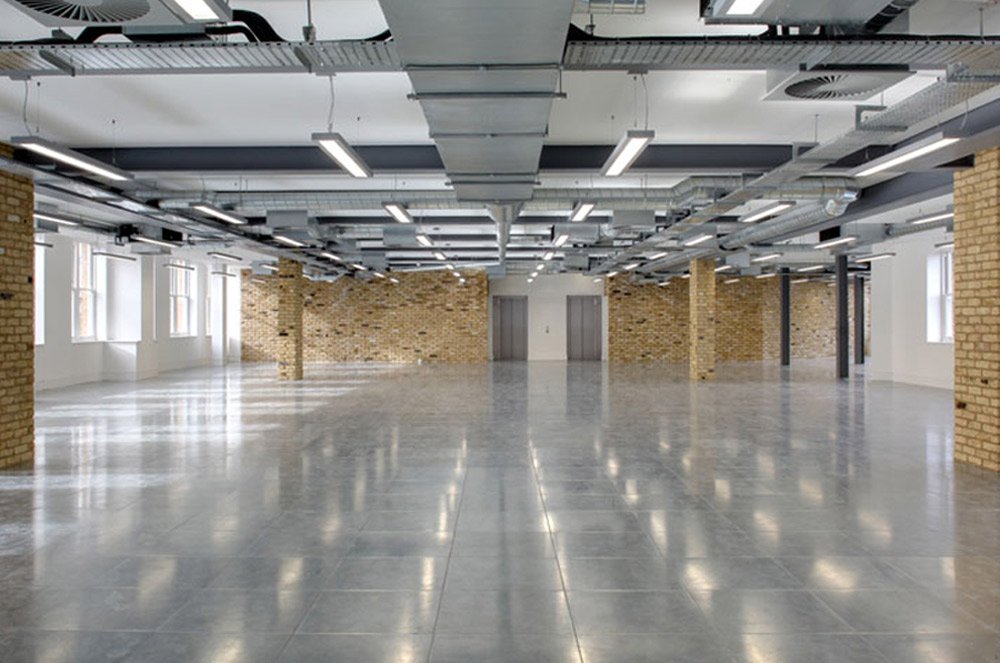 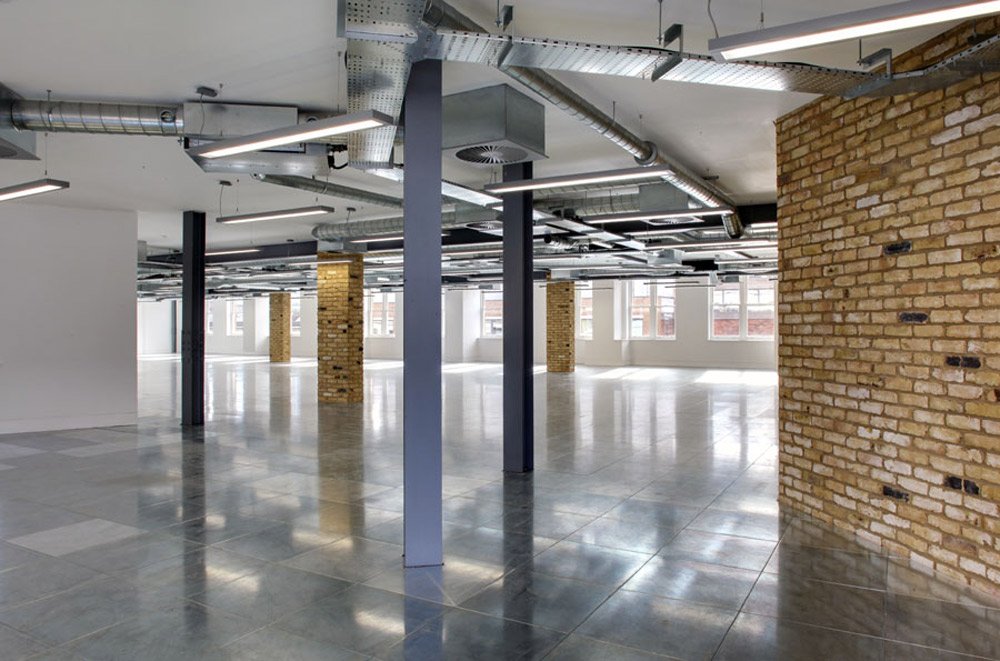 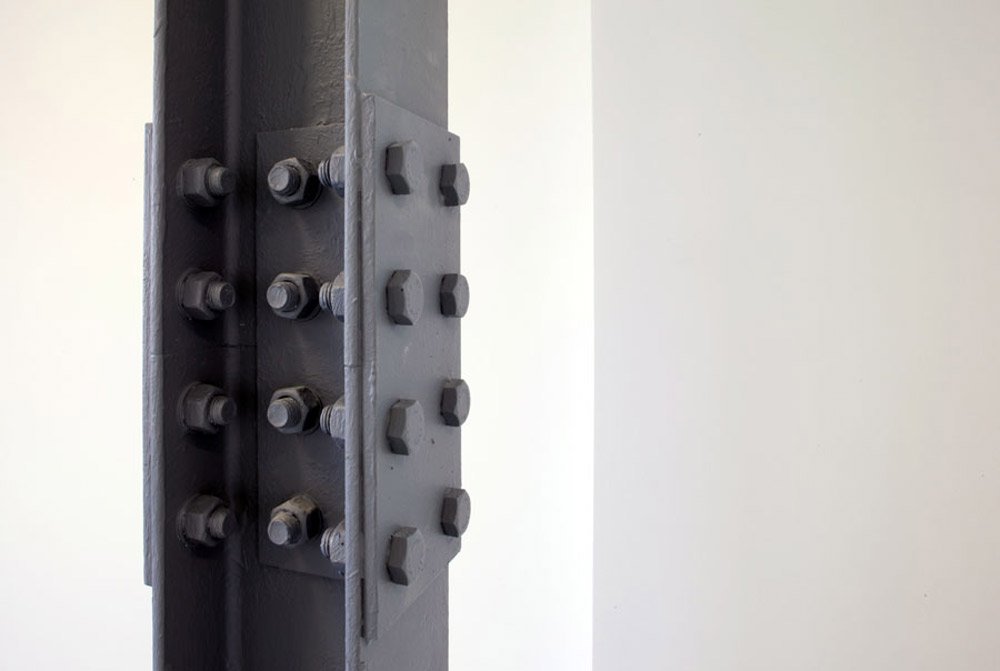 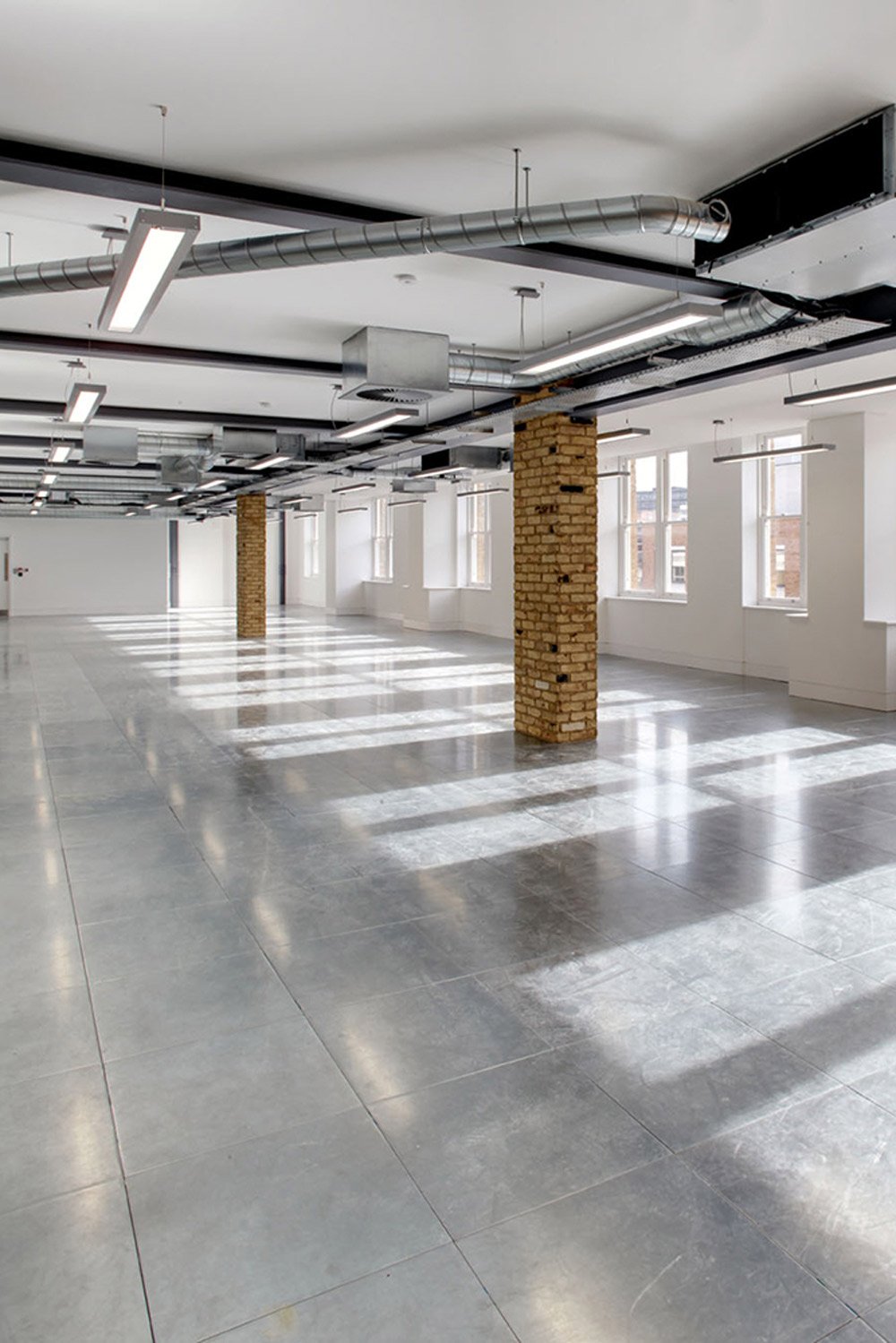 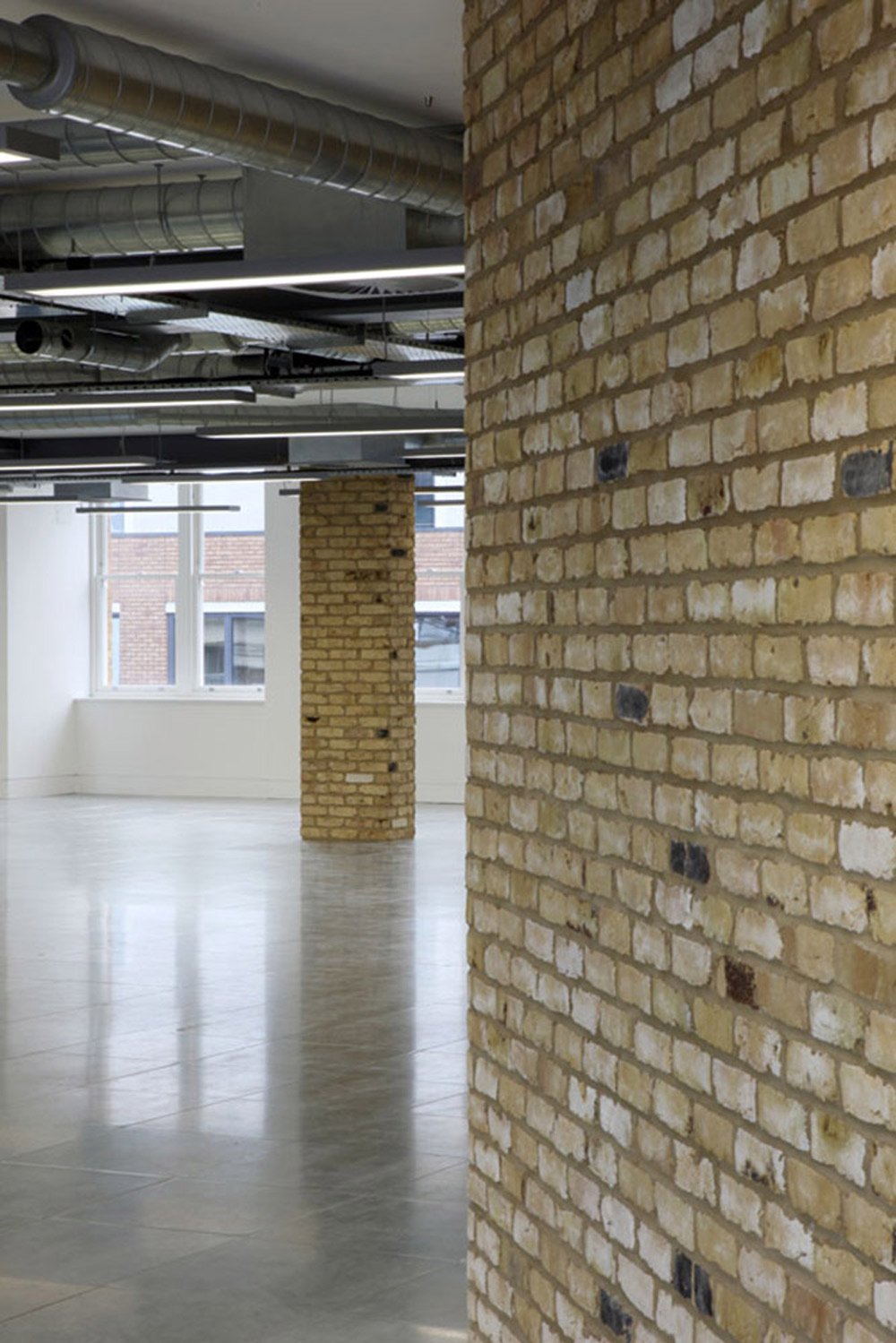 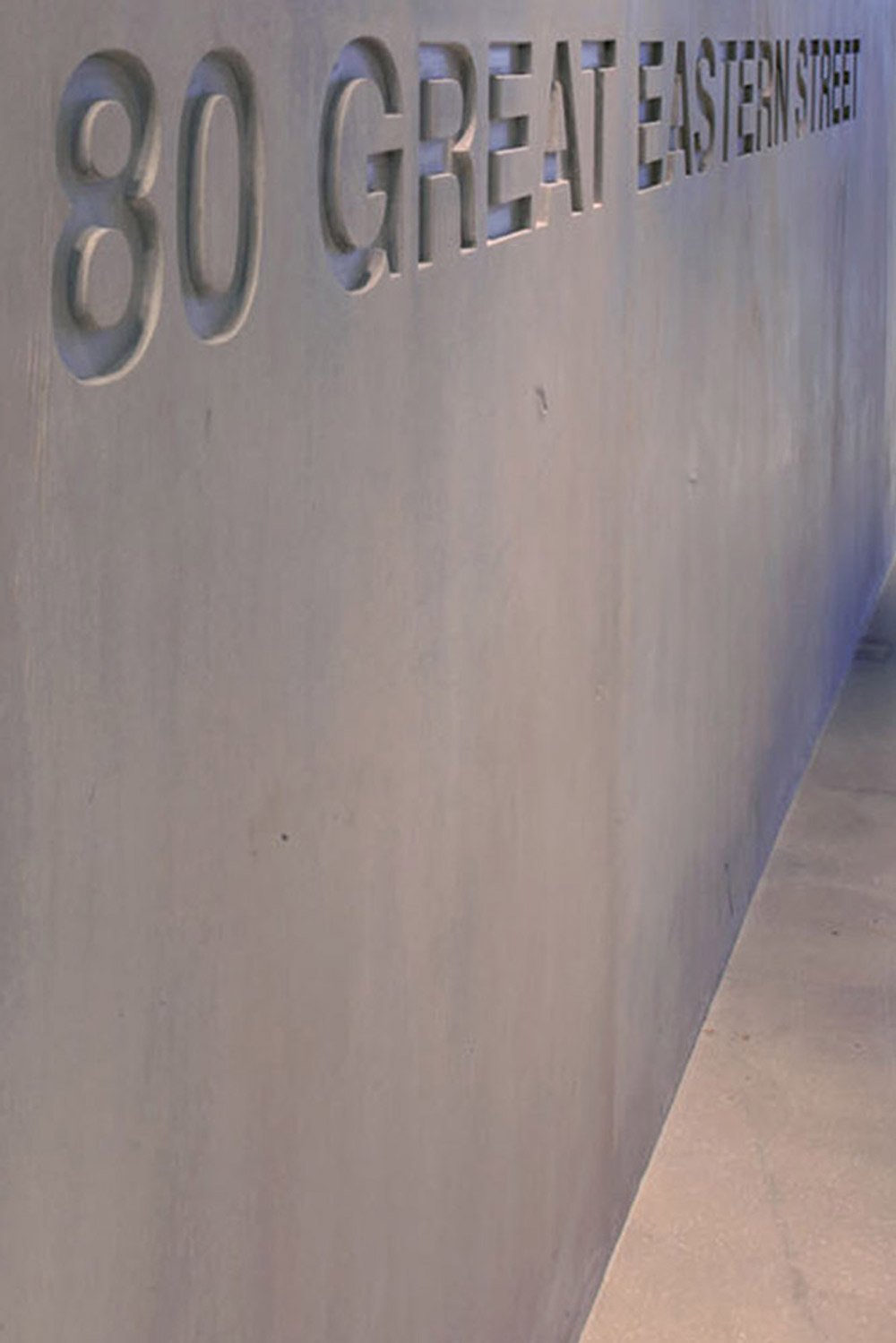 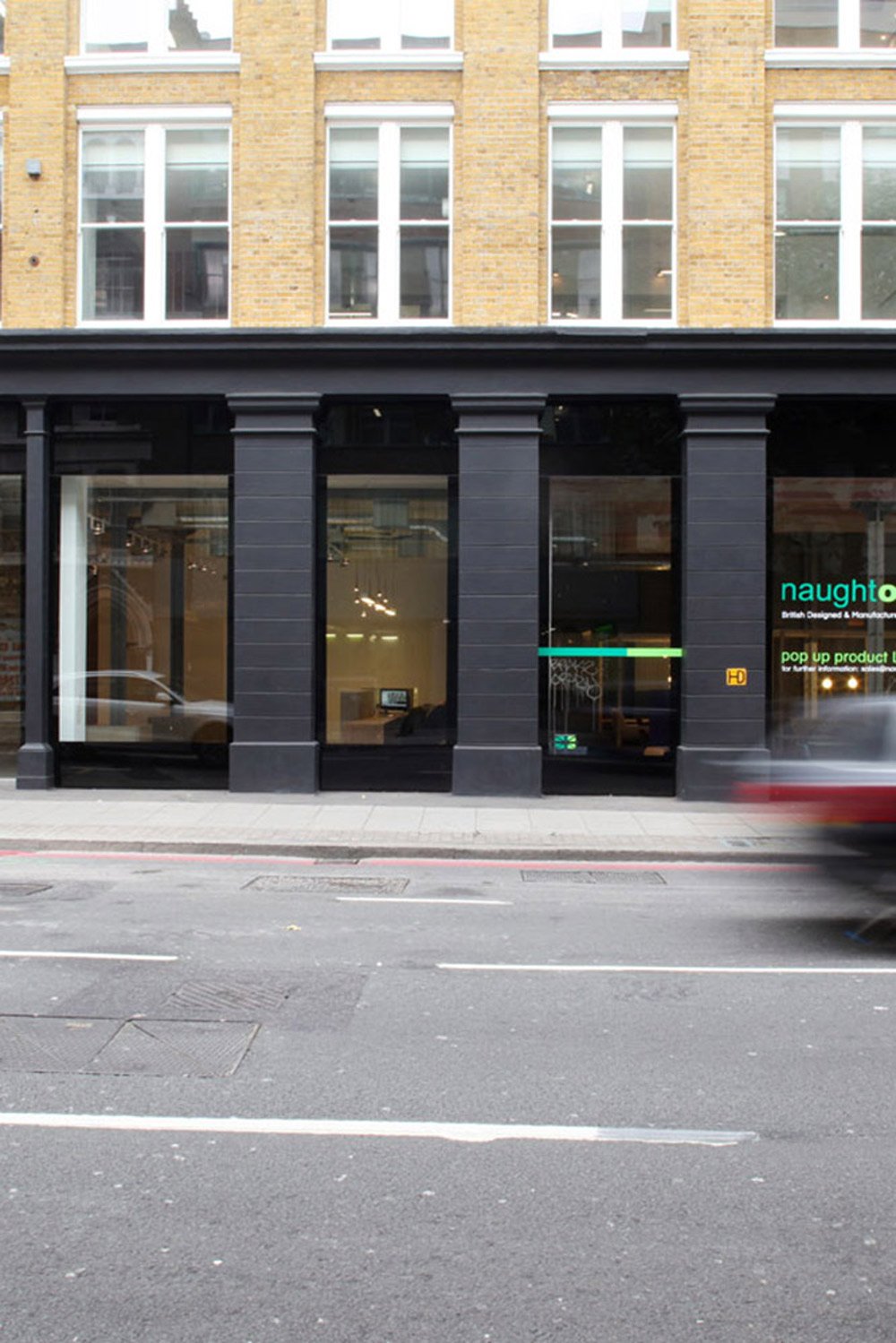 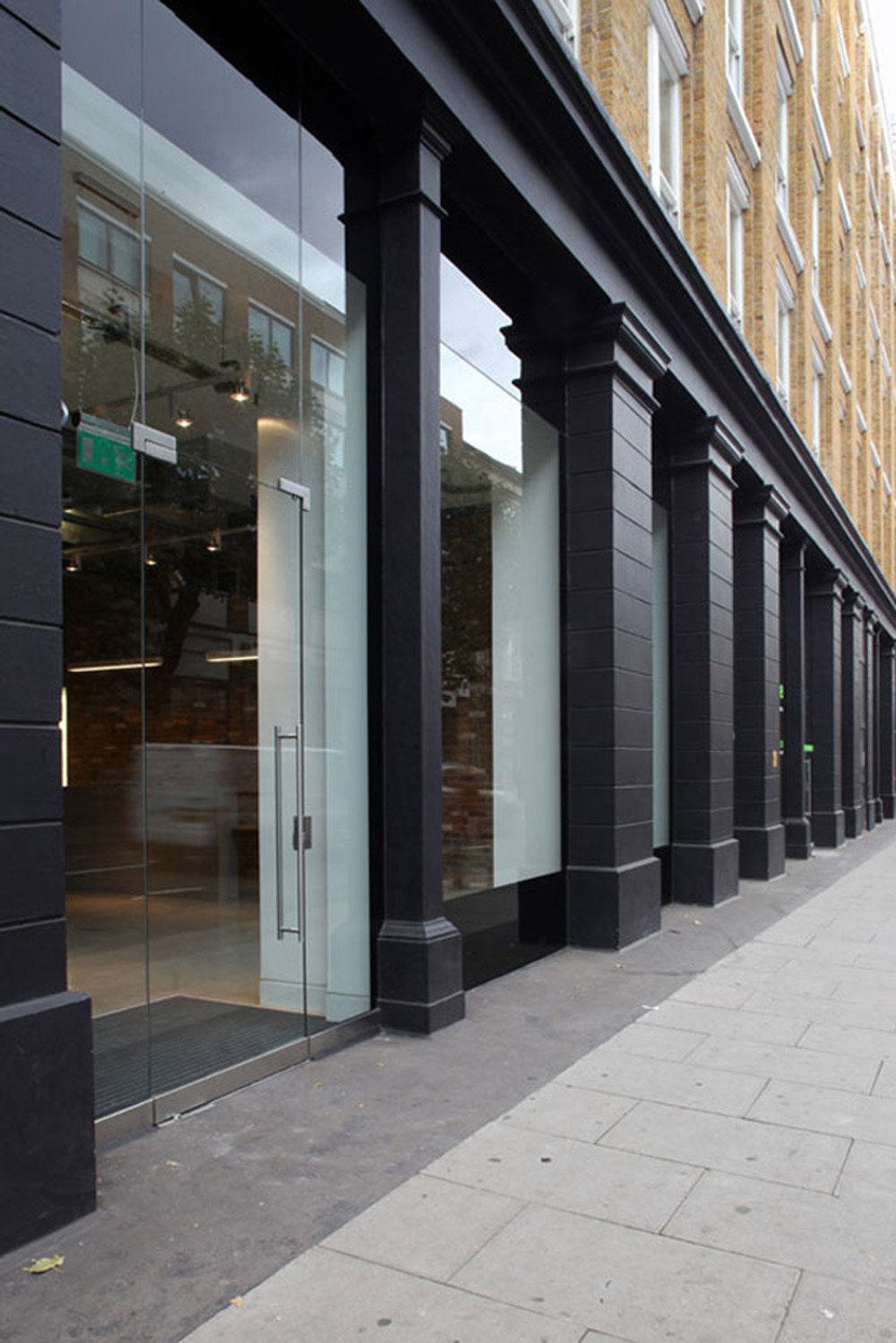 80 Great Eastern Street is nestled in the heart of the “Shoreditch Triangle” and part of the Shoreditch Conservation Area.  The original 5 storey building was constructed around 1880 and was formed of 3 Victorian showroom/warehouses predominantly manufacturing furniture.  According to Cherry and Pevsner

“Between 1882 and 1884, 76-82 Great Eastern street was built by Charles Bryant and the King Family. Whilst these men did not employ architects this is one of the largest speculative developments on Great Eastern Street. These Victorian warehouses had shop-fronts for customers to view and purchase products more commonly known as showroom-warehouses, whilst associated trades such as varnish and upholstery suppliers, cabinet ironmongers etc. were being produced/manufactured ‘back of house’.”

Around 1980 a fire destroyed the original timber pitch slated roof and internal floors and in 1985 planning approval was granted for the reinstatement of the damaged floors and flat roof constructed in place of the original pitched roof. There was also a change of use of the third and fourth floors to offices in connection with the refurbishment of the ground, first and second for industrial use and the basement for storage/warehouse. Planning permission was also granted for the change of use from industrial use to office through-out the building and unfortunately the original showroom-warehouse shop fronts facades at ground floor were removed to accommodate the new offices thus removing the buildings active street frontage. With increasing competition from cheaper manufacturing locations with enhanced mechanisation, the area started to decline in the early-mid 1990’s, and warehouses began to sit empty. However it was the flexibility of the buildings, particularly those belonging to the furniture trade, that have been the key to the redevelopment seen today. Their adaptability for new uses, coupled with the attractive scale of the streets and spaces, has helped Shoreditch transform itself into a lively mixed use area, encompassing a range of small businesses, art galleries, restaurants and bars. Warehouses that could be used for showrooms, manufacture and storage were soon redeveloped throughout the area, creating the unique streetscape and scale celebrated by the Conservation Area today.

An opportunity presented itself following the desperate need for refurbishment of the existing offices.  The entire building has been stripped to provide open plan office accommodation over 4 floors.  The existing ground floor was raised approx 1.2m higher than that of the street level, by lowering the floor level it provided a level threshold.  Rather than remove the original ornate iron work that is seen in reception the head of the original beam which would have been located in the basement was encased in concrete to allow this feature to be preserved.   To reflect the original use of the building an industrial palette of materials were used incorporating wood, steel, concrete and brick.  The building now boasts 40,259 sq ft, offering open plan floor plates from 6,738 sq ft.  Due to the building location and refurbishment it has attracted some of the latest innovative tech companies, renaming “Old Street Roundabout” to the nickname of “Silicone Roundabout”.

The project was incredibly demanding taking years of design, planning and construction.  The building had to be brought up to the latest demands of high tech offices with lighting systems, air conditioning, lifts and firefighting cores.  The final building sub-divided into a mix of offices, retail and restaurant and refurbished to an exceptional standard. Showcasing the original brickwork and ironwork with minimalist details that highlight the original Victorian features. The existing plant at roof level was relocated within the basement to allow the roof space to be converted to 9 penthouse apartments which you can view here. Whilst a director at Kyson, Paul completed the project from concept to completion.  Following completion the client received the highest rates they had achieved for an office rental and the project was also Highly Commended for the CIAT award for Technical Excellence 2013.

We love the exposed original London Stock Brickwork, oak cladding, glass reinforced concrete reception desk and exposed services.  The large sash windows to the upper floors provide so much natural light into the floorplates.  As an office environment we feel this type of conversion restoration & refurbishment of an original building provides so much more than a new build office block.