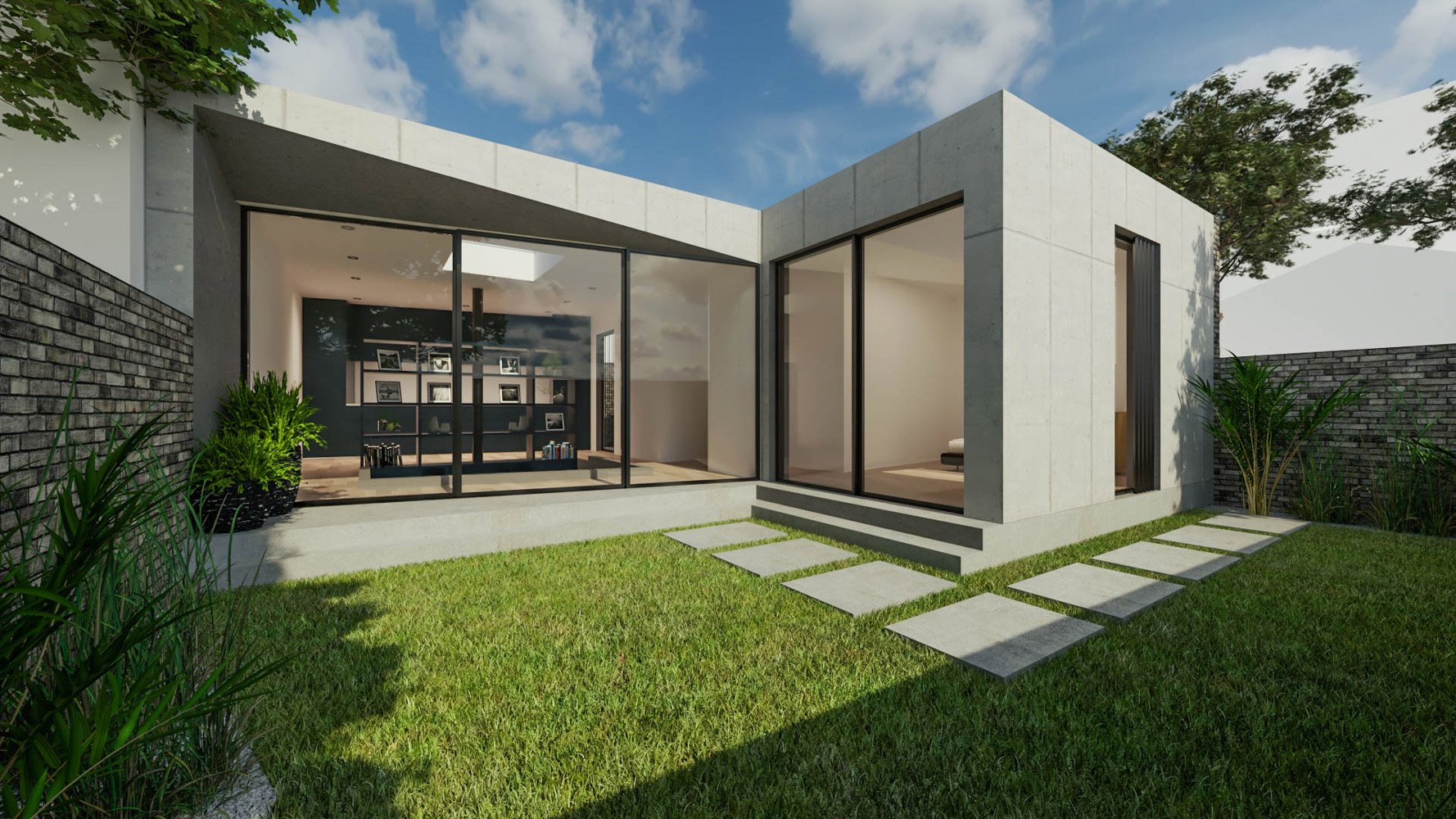 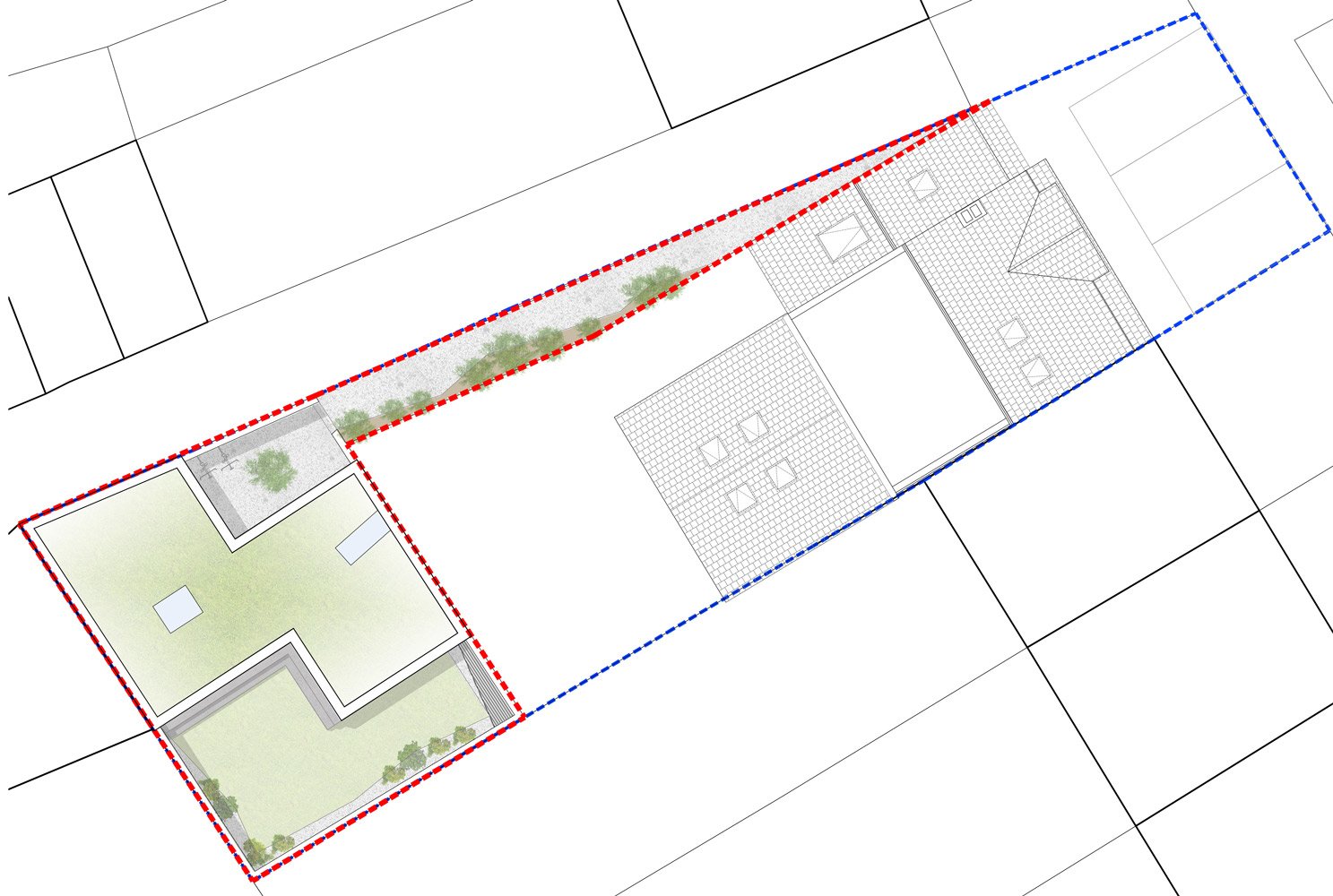 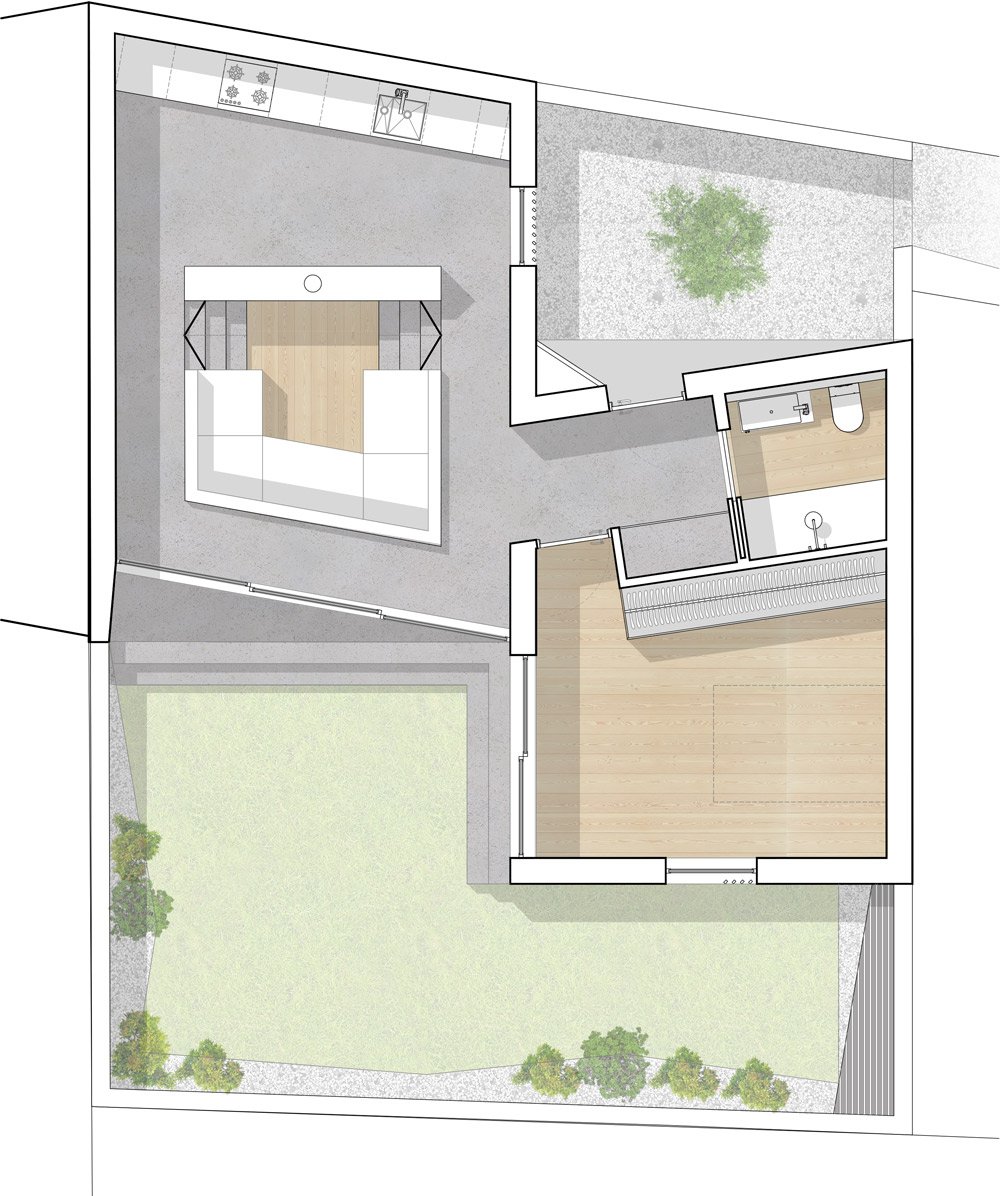 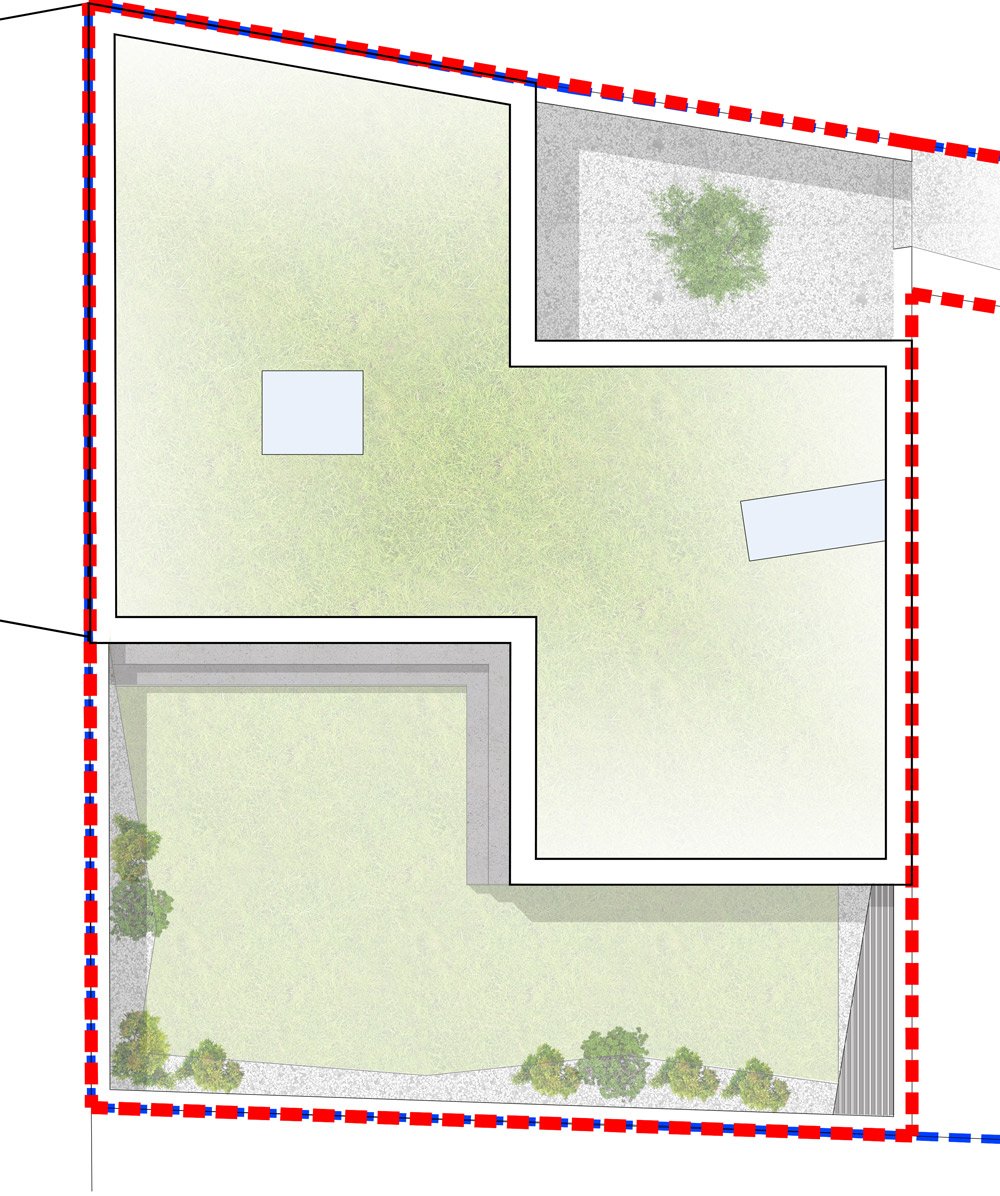 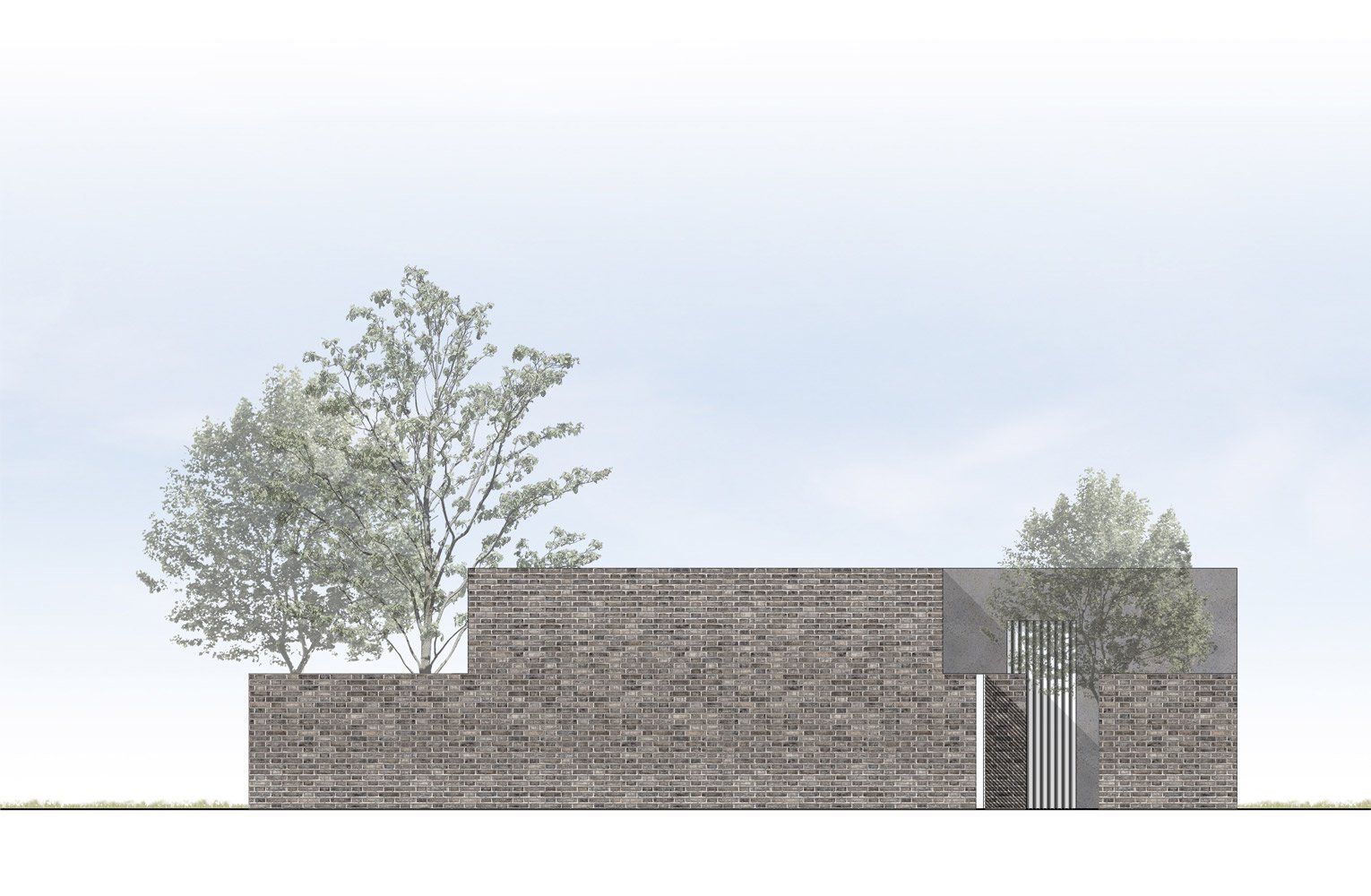 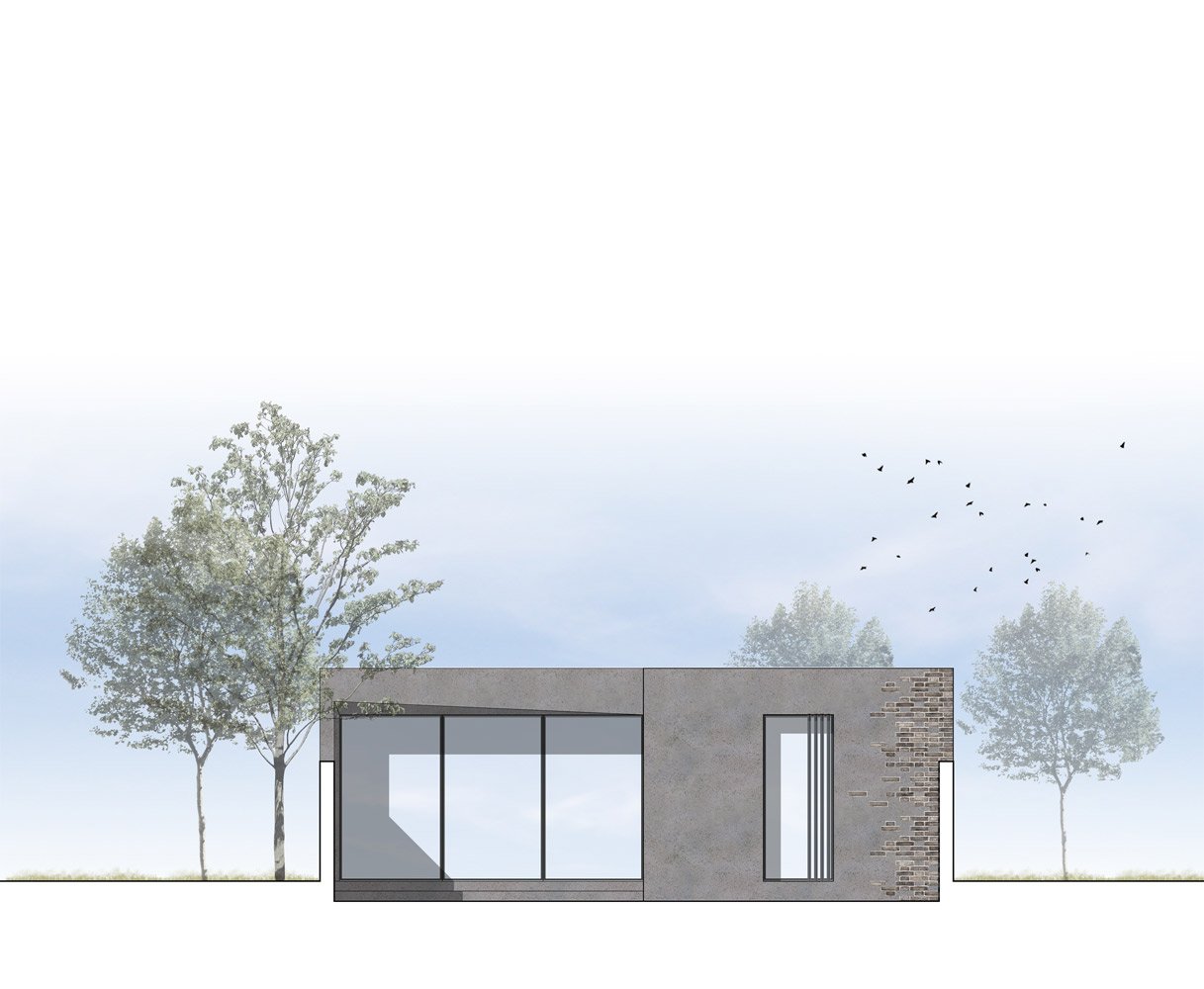 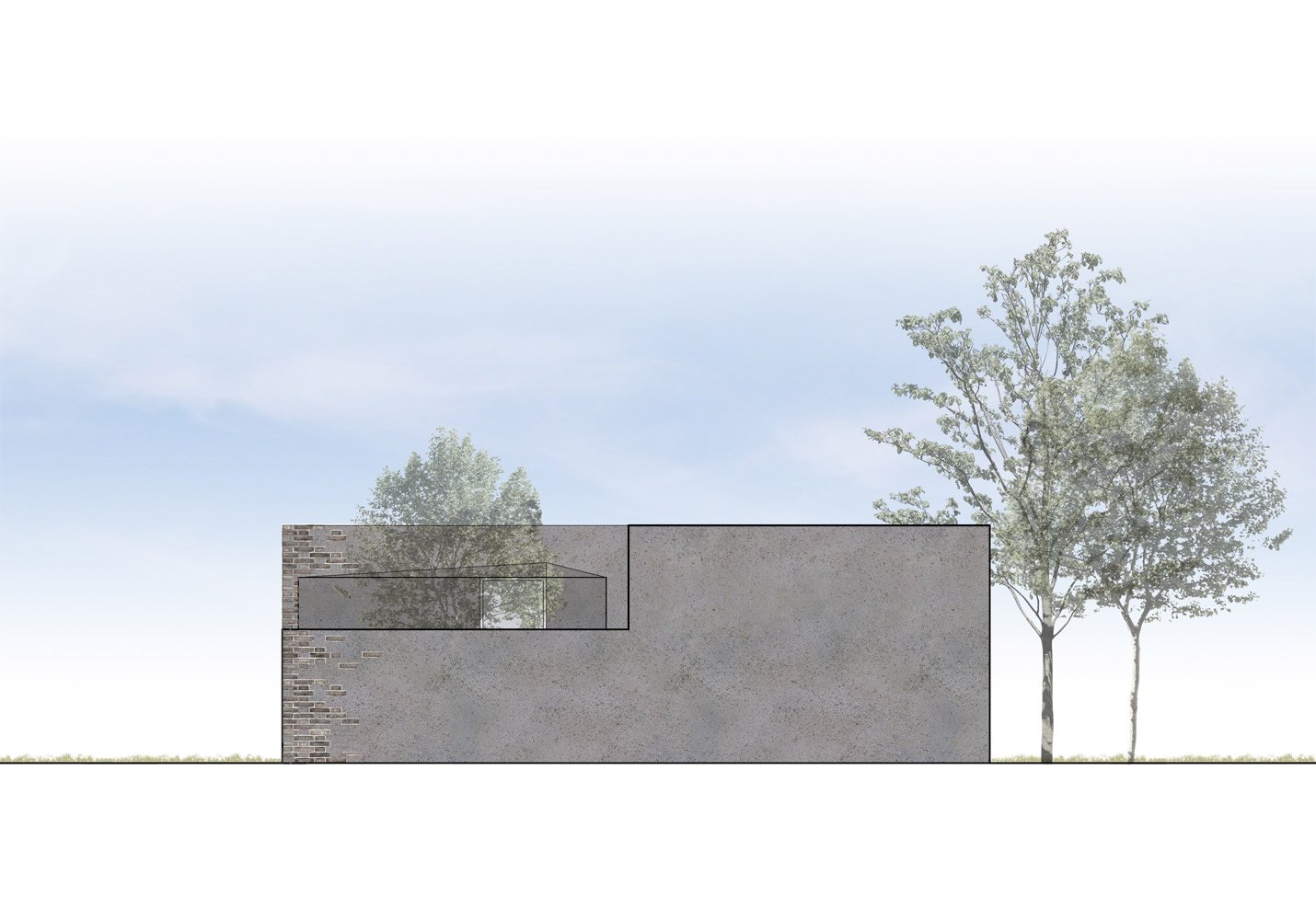 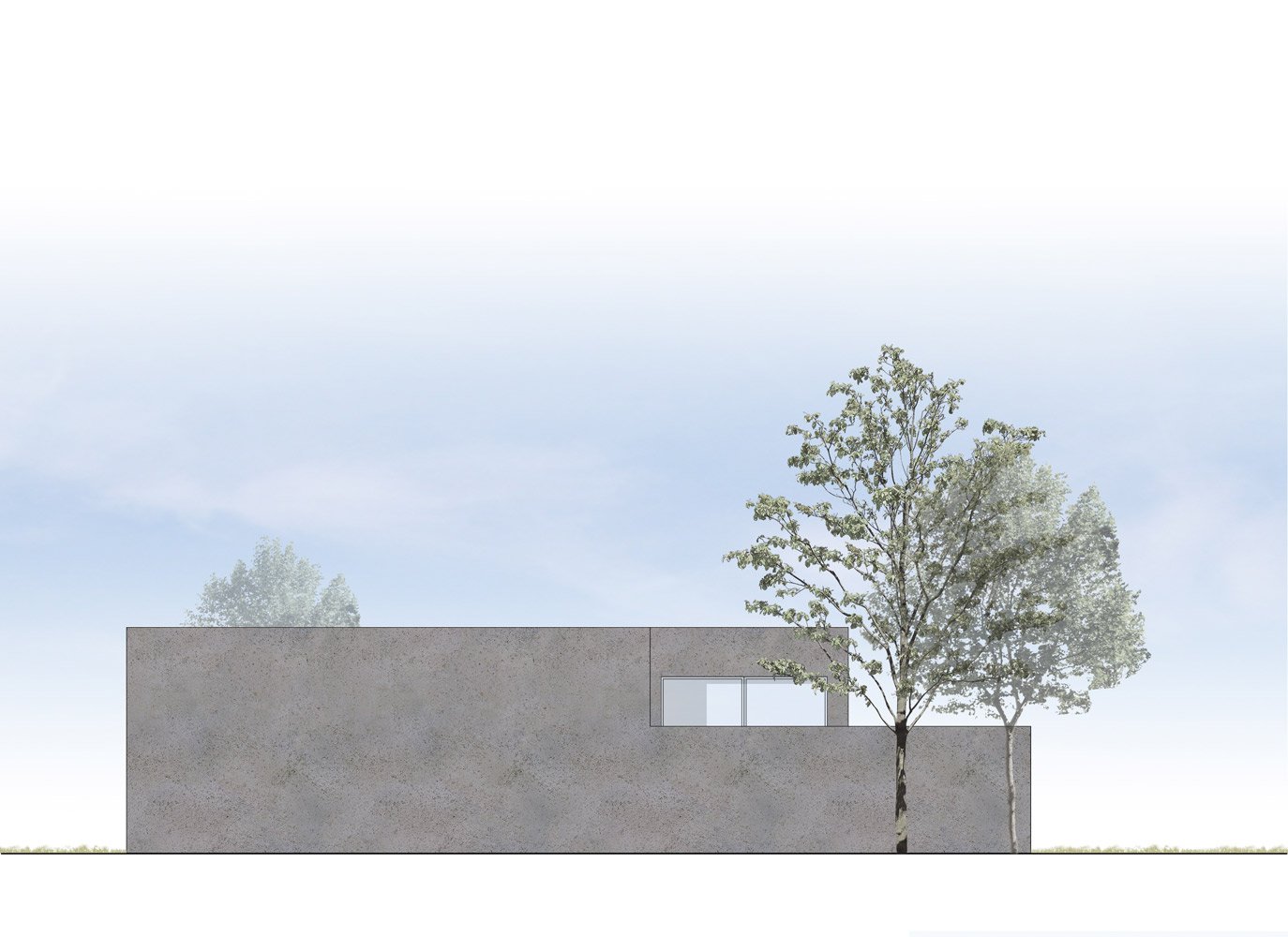 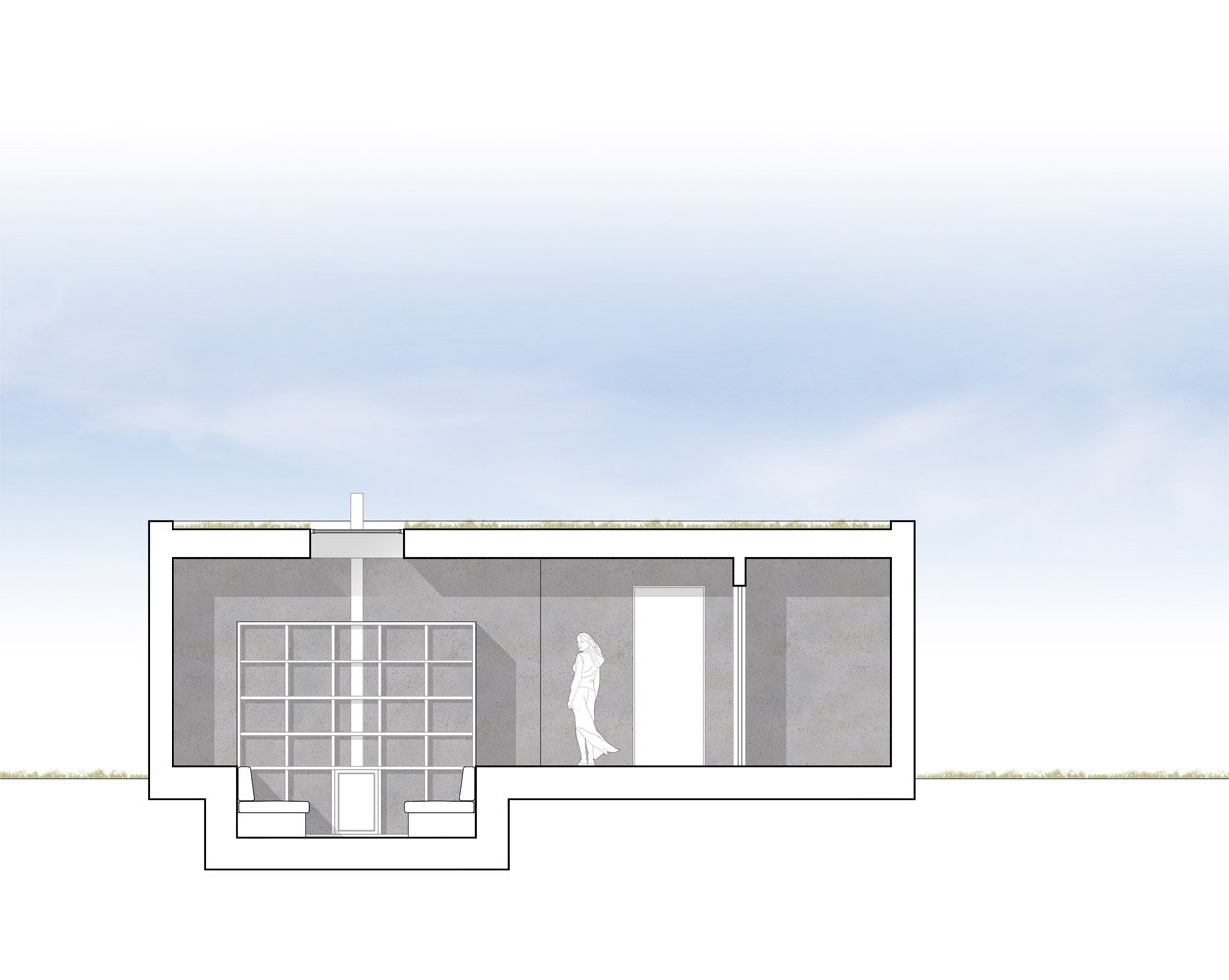 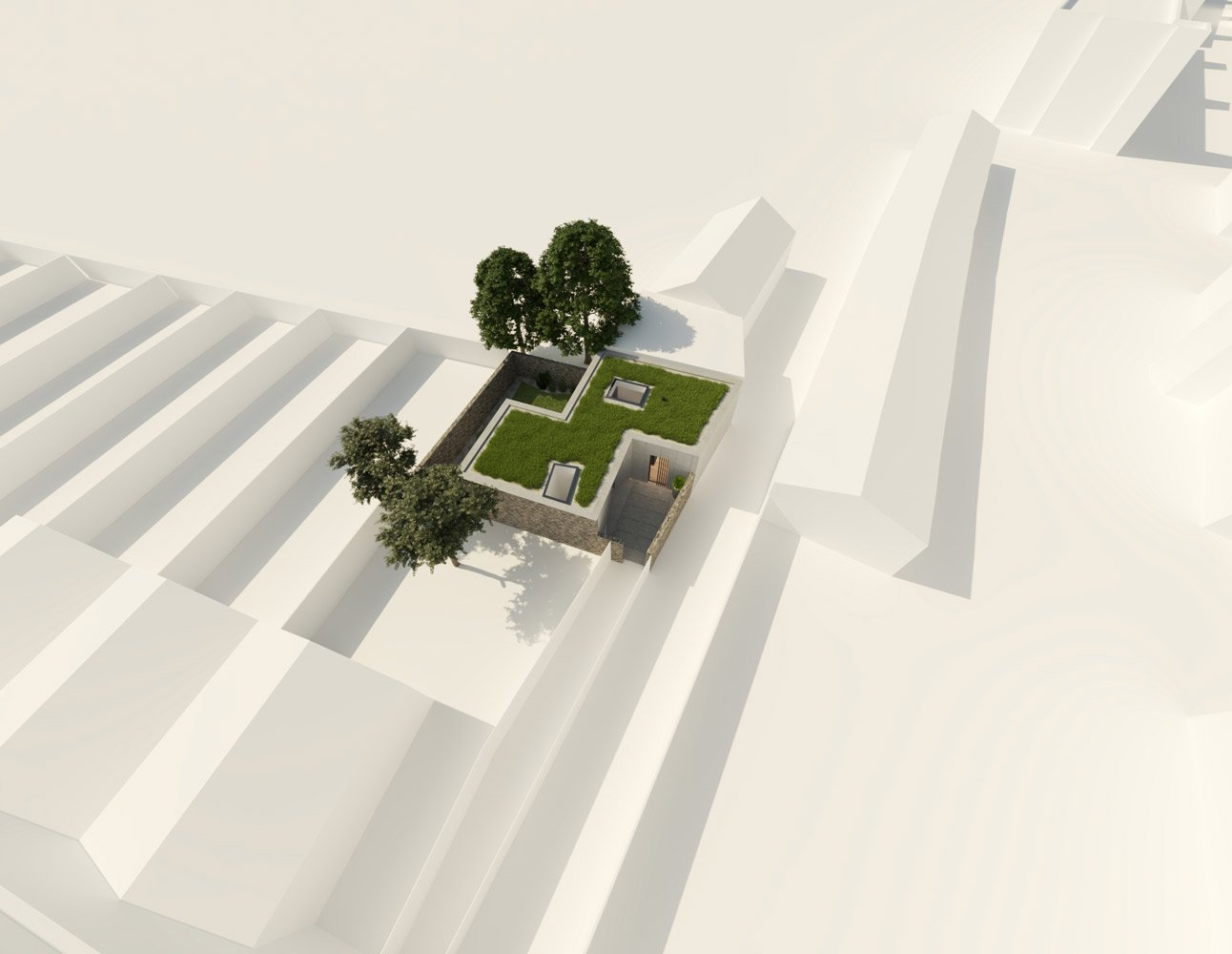 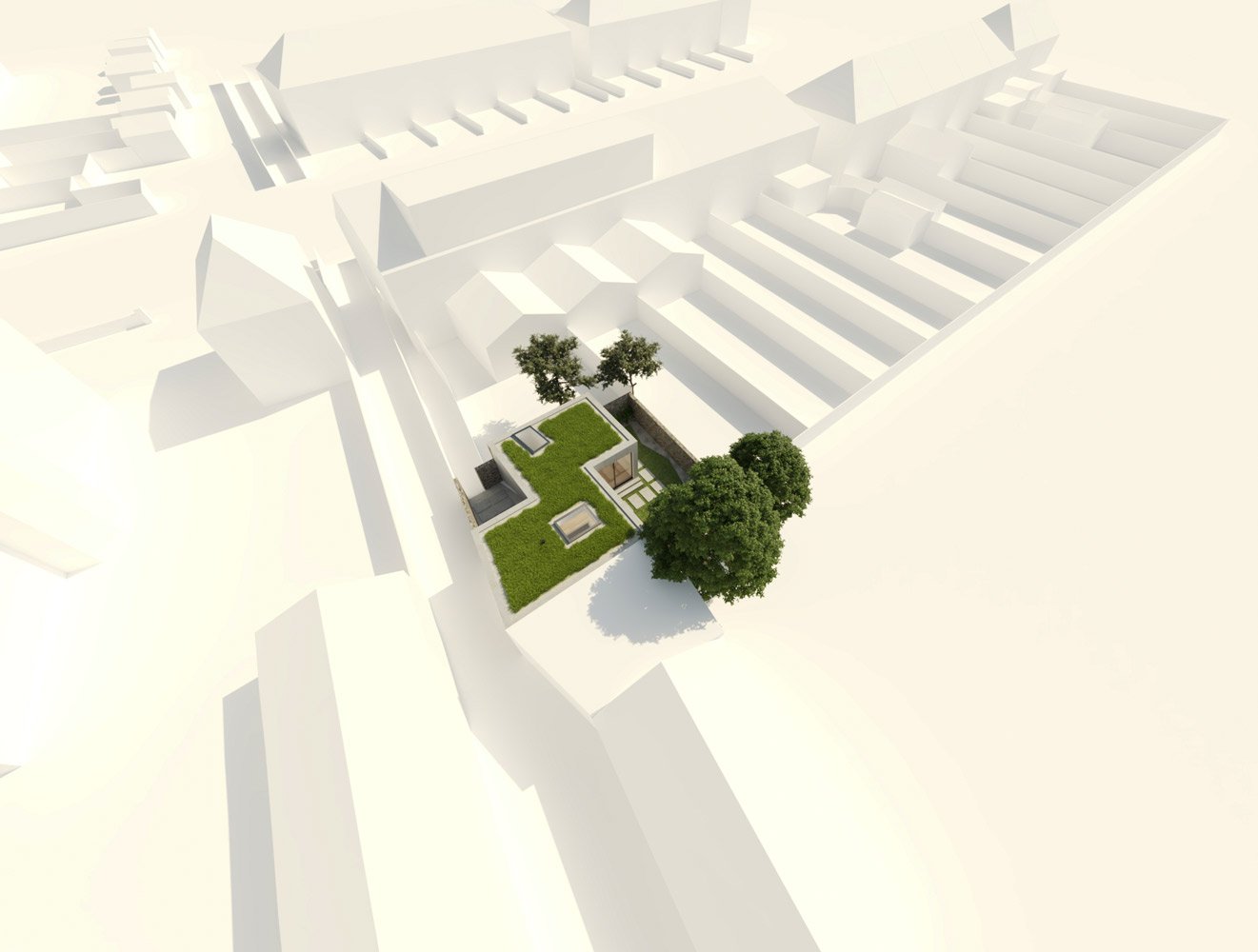 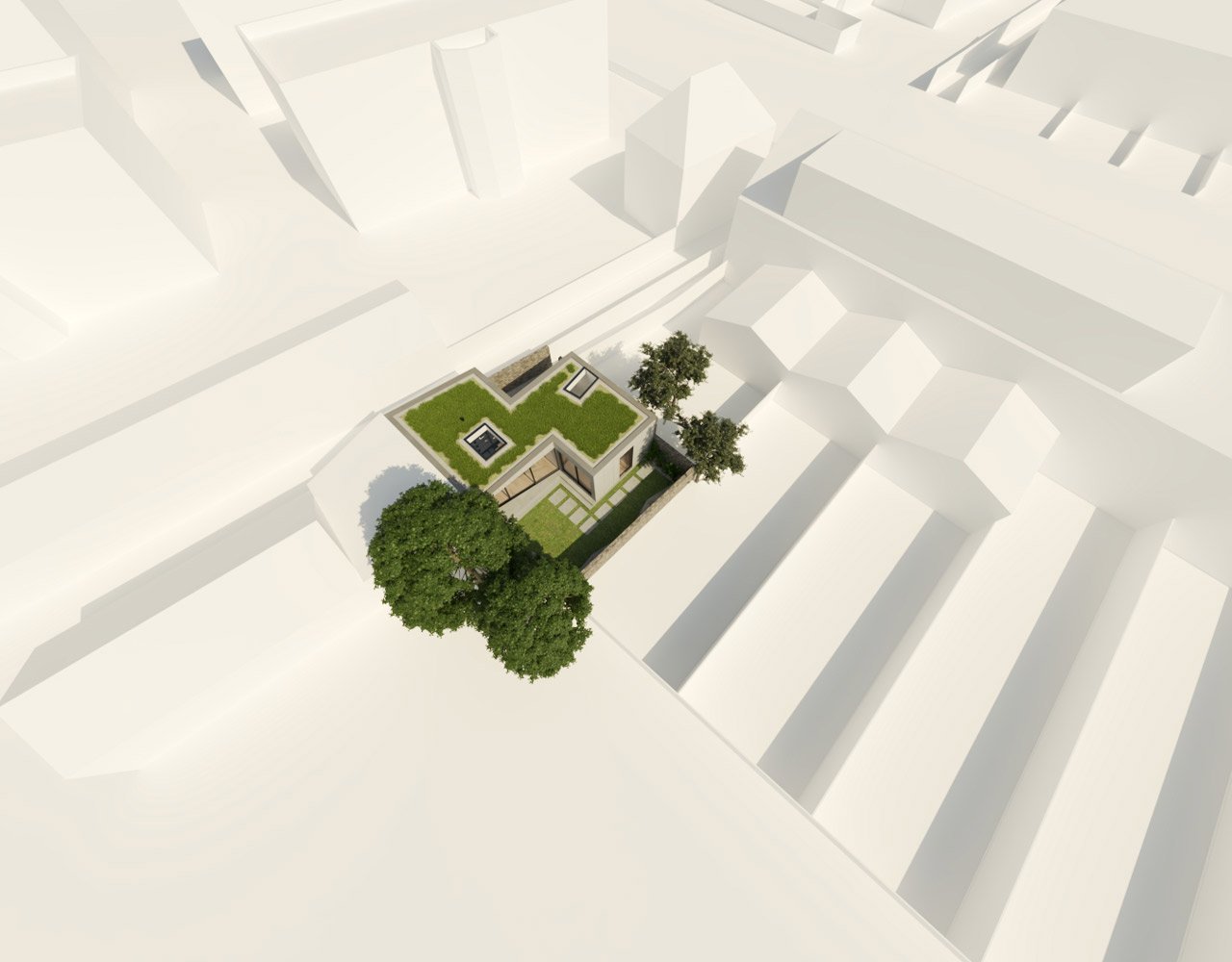 Martin Way was a great developers project for us, our client purchased no. 354, 356, and 358 Martin Way. No. 354 was a 1 bedroom flat, we then extended this to a 2 bedroom flat by adding a loft conversion. No. 356 was an existing 3 bedroom house. Initially, we added a loft conversion and 6m rear extension. The house was then split into 2 flats, one being a 3 bedroom and the other a 2 bedroom. No.358 was also extended with a loft conversion, including hip to gable, a two-storey side extension and 6m rear extension. The existing 3 bedroom house was then converted into 3 flats, consisting of a 3 bedroom flat, 2bedroom flat and studio apartment. The land to the rear of no. 358 was also sub-divided to provide a new build 1 bedroom home. That’s three properties that have been converted by a change of use and new build to provide a total of 7 new dwellings. In this post we will focus on the new build property to the rear of no. 358 Martin Way.

To gain access to the rear of the site we had to create a path through the converted flats. Where the two-storey side extension was added, an undercroft access path with a concealed entrance was provided. The landscaped pathway led to the rear of the site and entrance of the new build house. Our client wanted to create something different yet modern. So we set about looking at materiality, scale, mass and the local vernacular. The idea was formed that the dwelling should look like part of a garden wall and outbuilding from the flats. As the new house backed on to allotments, we felt we could push the boundary on design and materials from this side of the site.  A folded concrete formwork was proposed that would be highly thermally efficient, the green roof over would then blend the new house in with the allotments and surrounding gardens.  The internal private garden was lowered to contain an intimate garden area.   When designing any project we also look at the garden aspect as any trees and planting can help to reduce some of the harder lines and blend the architecture into the site. Internally, materials were proposed to reflect the external architecture with a sunken concrete seating area and warmer tones were put forward with the use of oak timber cladding and flooring.  We are happy to confirm that all properties have successfully obtained planning permission, completed construction and sold.