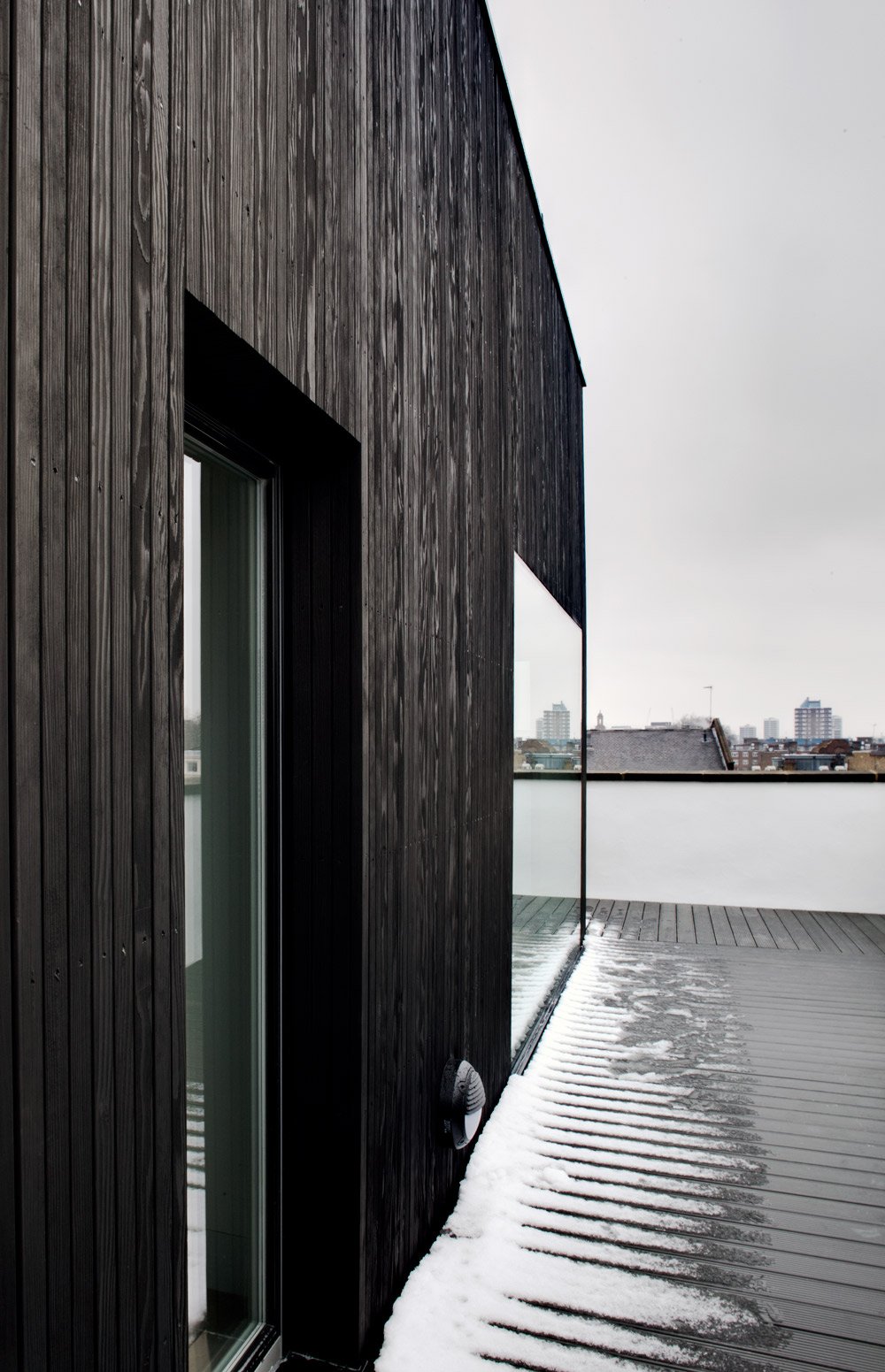 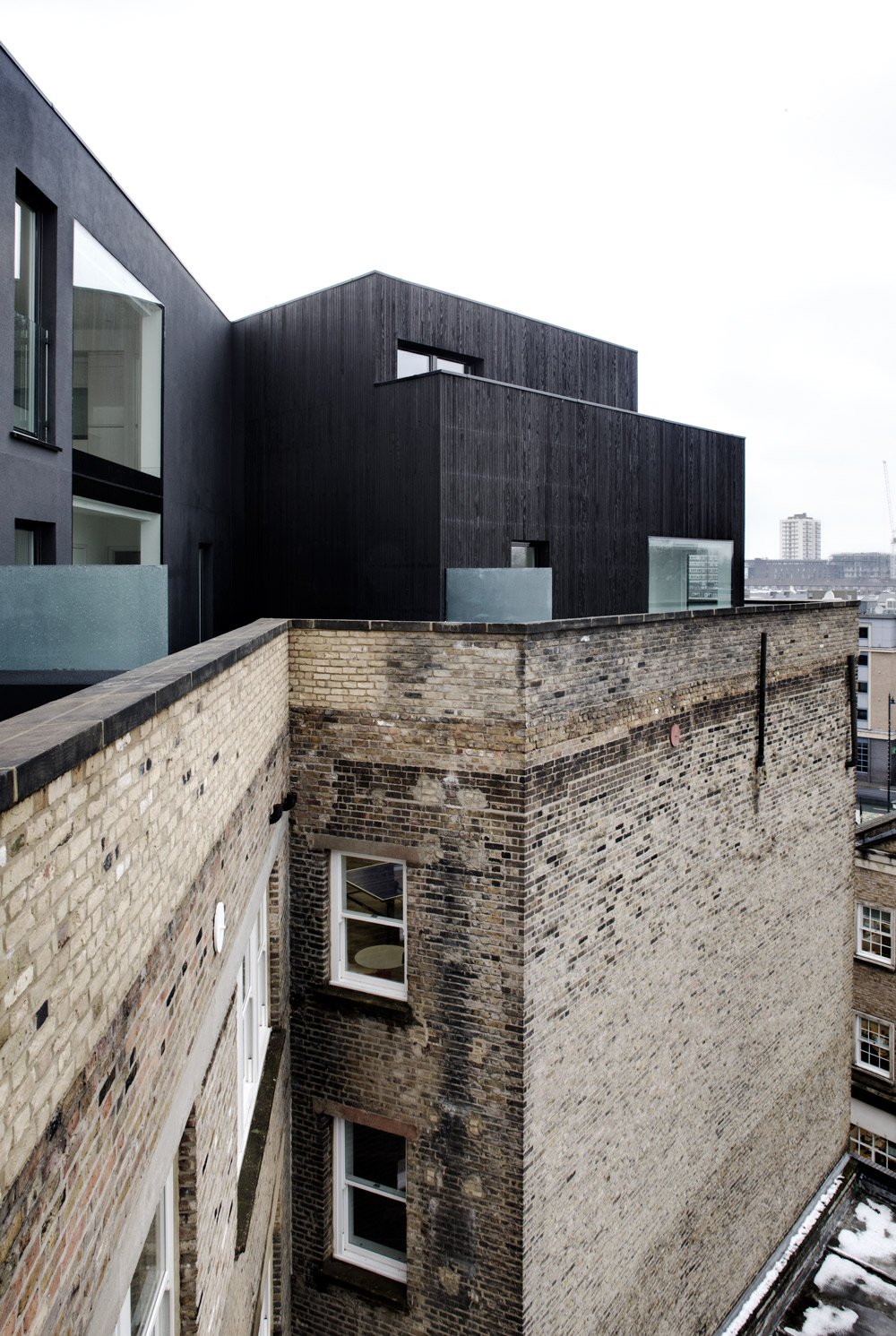 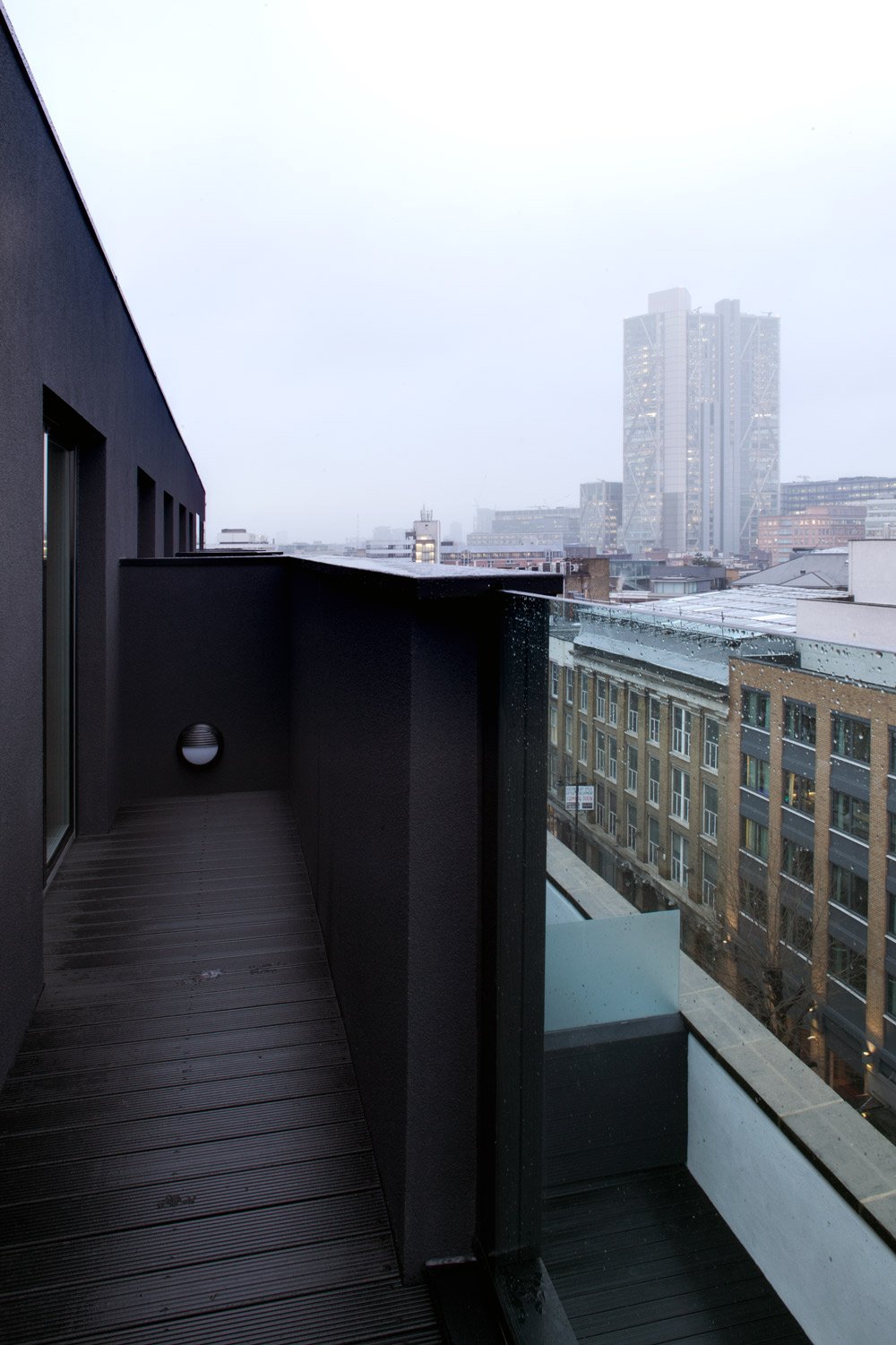 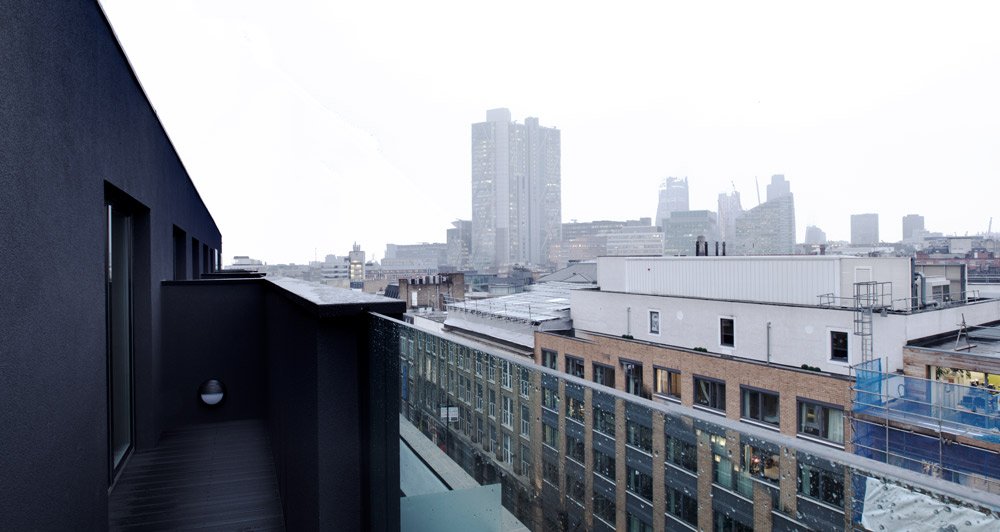 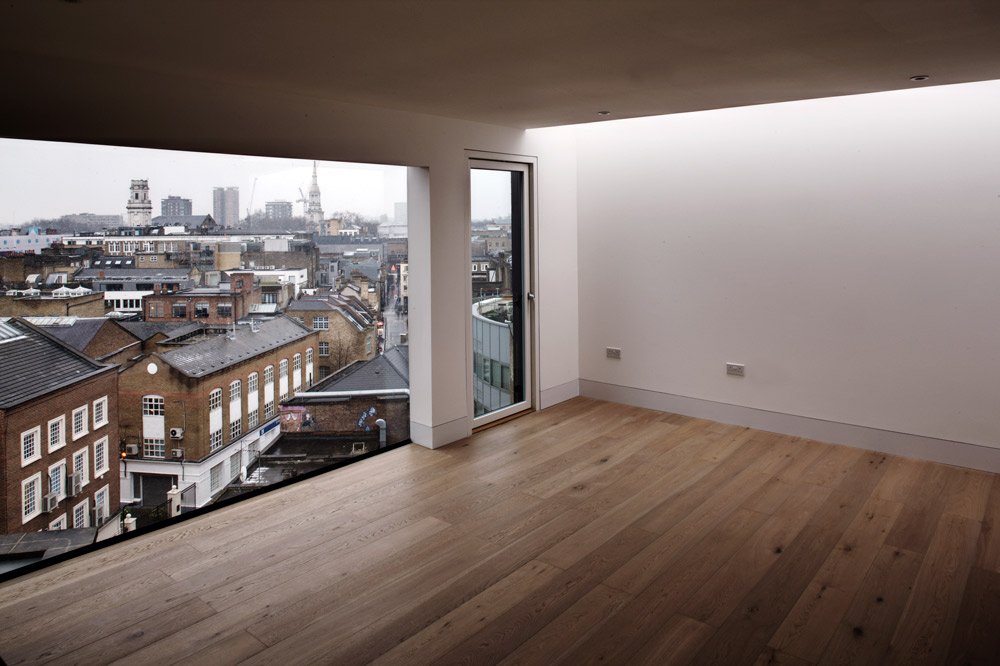 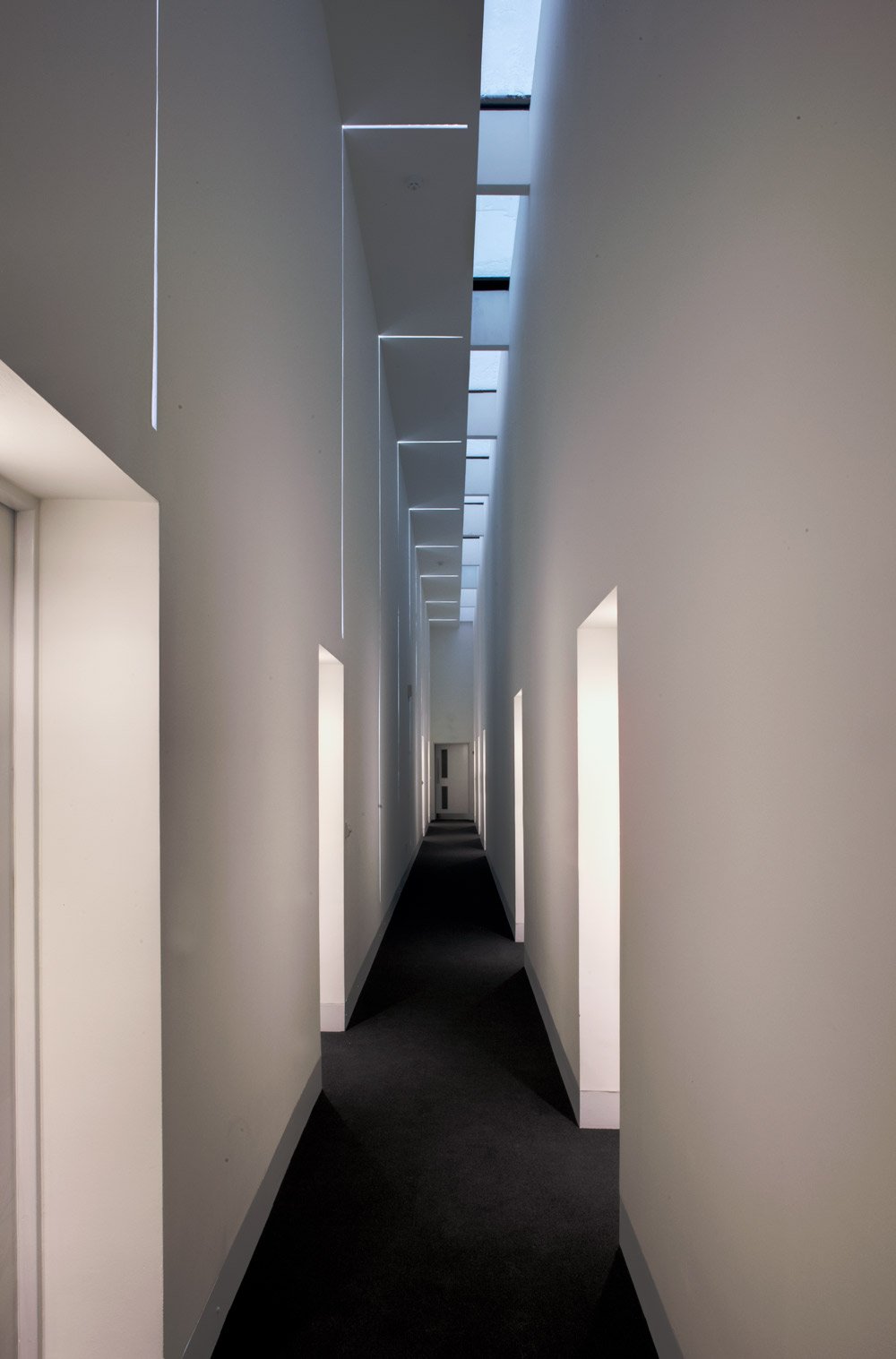 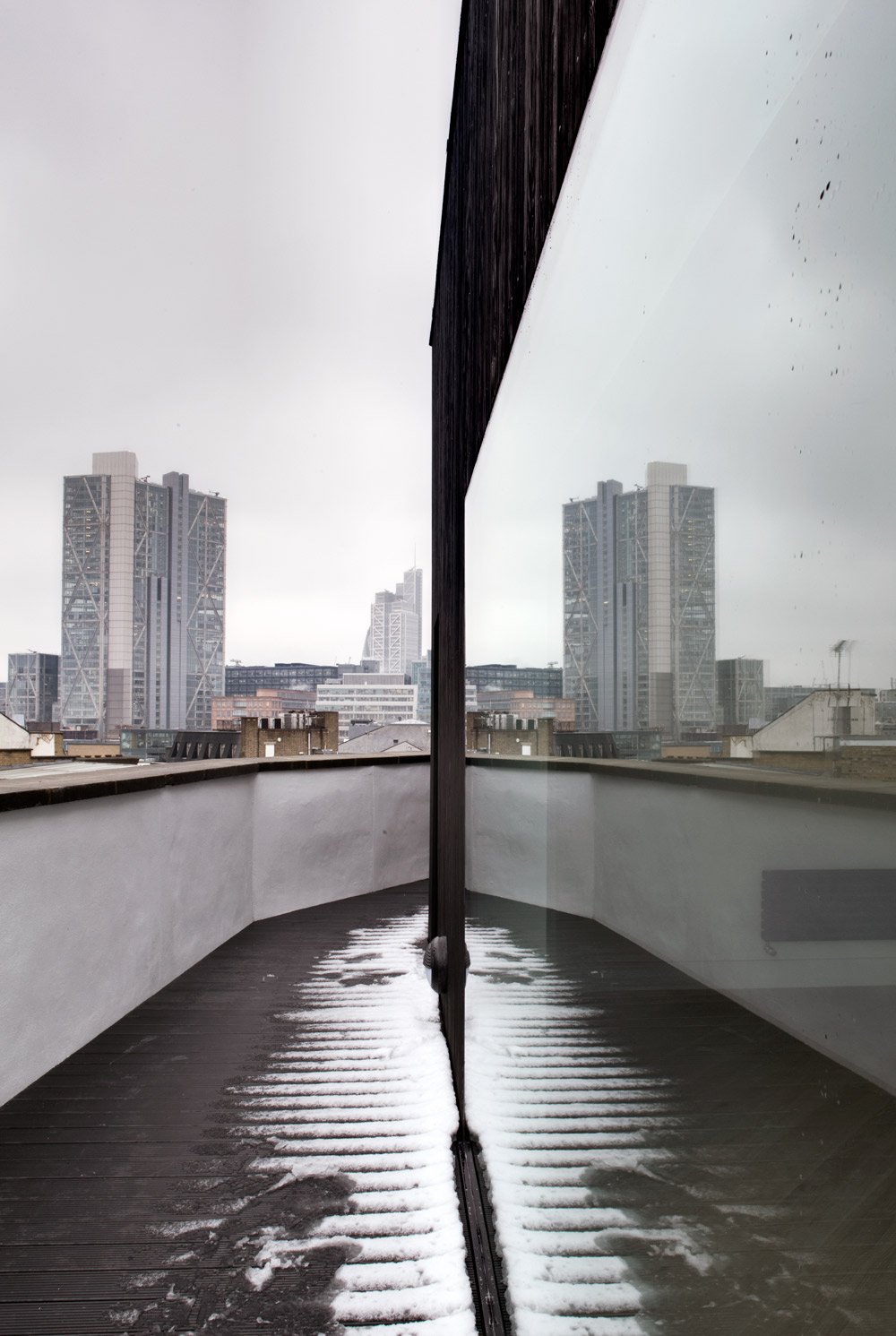 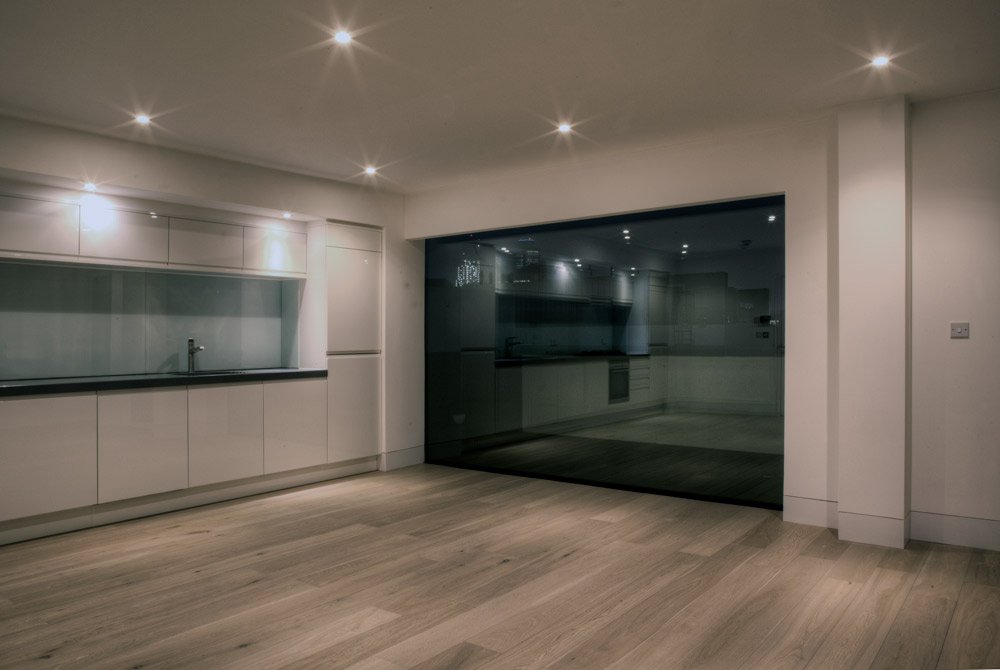 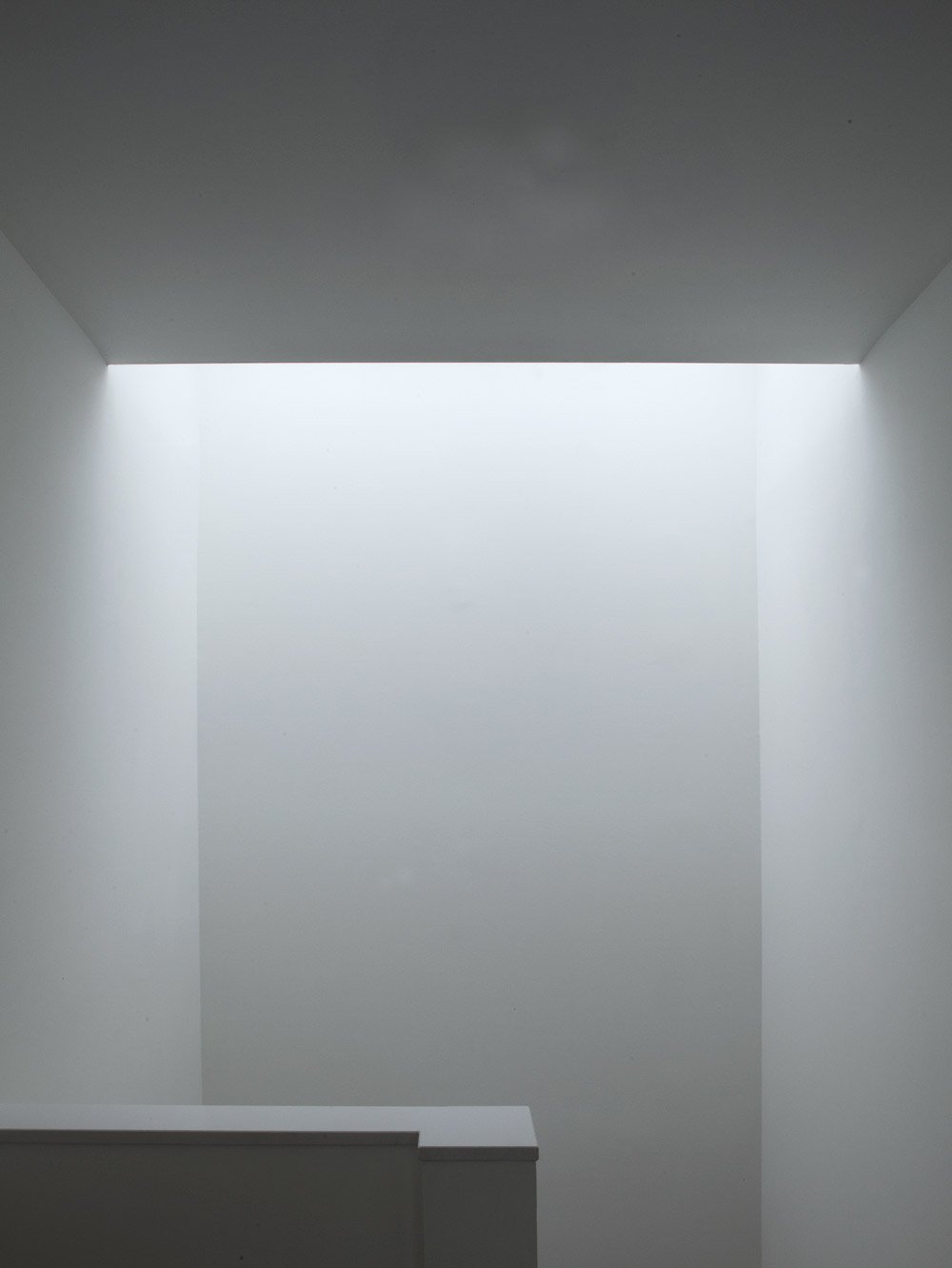 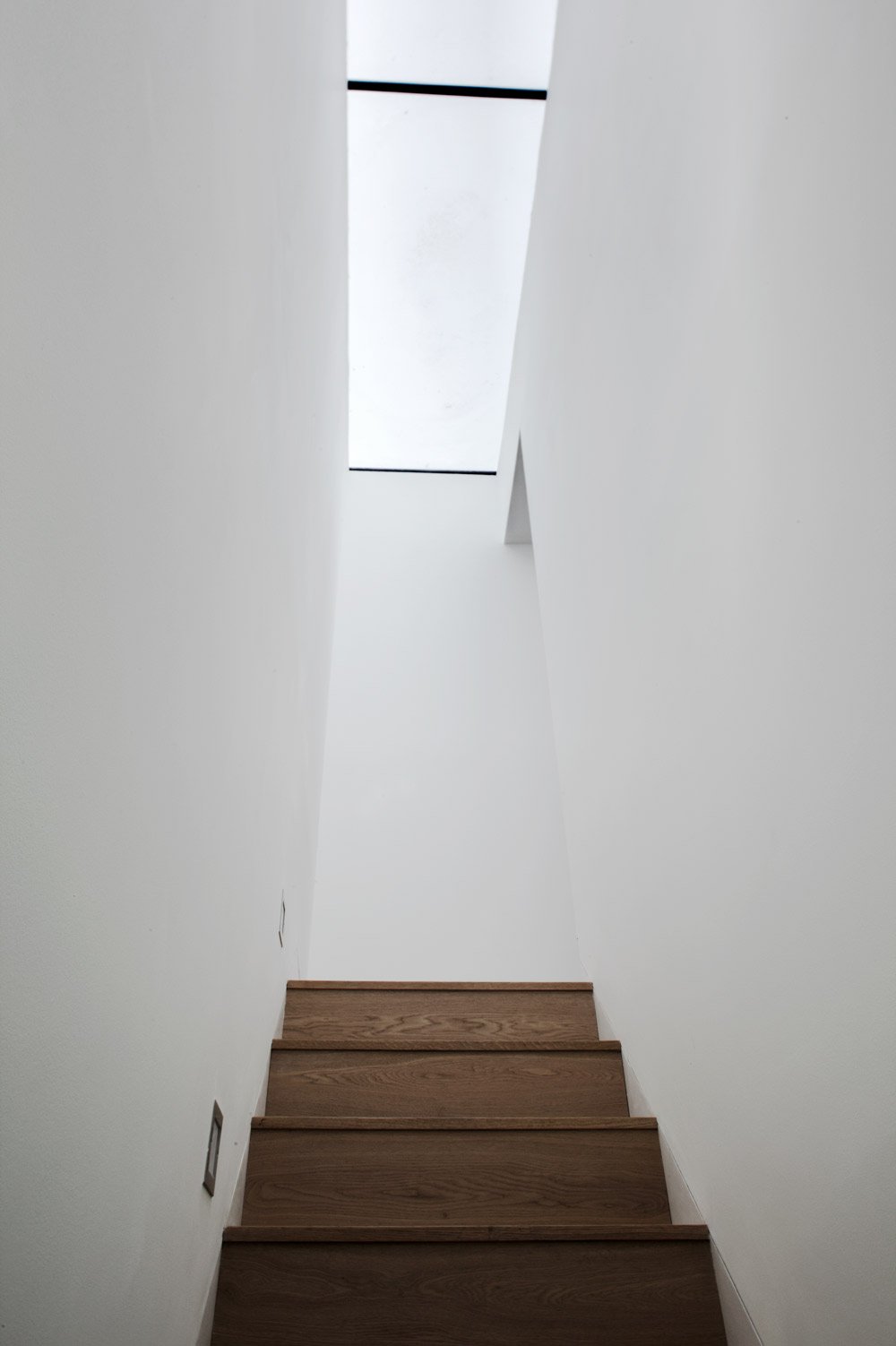 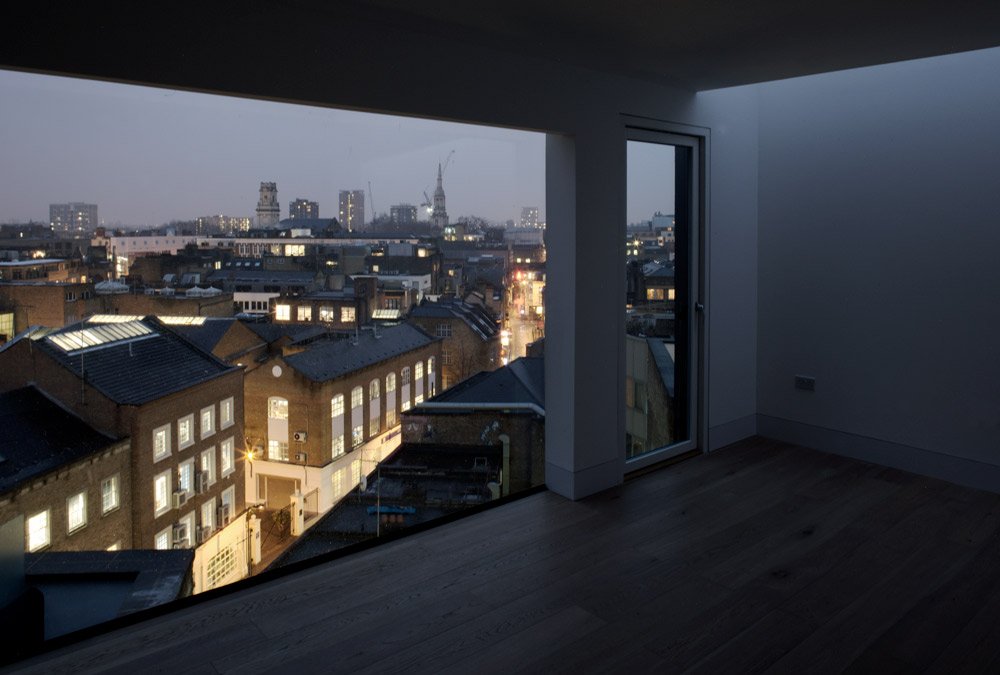 In conjunction with 80 Great Eastern Street, planning permission was also sought for 9 new Penthouse Apartments.  The existing roof space consisted of a lightweight structure containing plant from the office conversion in 1980.  By removing the plant and relocating to the basement level, this allowed the roof space to freed up.  The proposals was to provide a two storey extension, however due to the existing offices below meant the whole structure needed to be re-enforced for disproportionate collapse.   This extensively involved careful needling of steel beams and columns through the original Victorian walls and floor of the building below.  Taking inspiration from Japanese architecture the proposals were for a series of set back facades that meant the penthouses would not be visible at street level but at high levels where elements were captured the building would be clad in timber similar to the method of Shou Sugi Ban.  The black timber contrasts beautifully with the original London stock brick facade.  The windows were set back to create a more punched facade and where structural glazing was used set flush with the douglas fir timber cladding.  All apartments captivate spectacular views to the North of Shoreditch or back towards the city with generous living accommodation in one of the most vibrant areas in London.

Each apartment was specifically designed with its own large roof terrace, which is a rarity for apartments in this part of London.  The apartments are accessed at street level from Great Eastern street, on arrival the foyer was designed to reflect some of the design elements of the exterior facade at roof level.  The main hall used to access the apartments effectively splits the building into two sections.  I could have designed the apartments to oversail the main hall but on arriving at roof level I wanted to create a sense of height, volume and mood.  Having technical knowledge of the building regulation requirements means that these factors can be added at design stage rather than as an after thought.  The rooflights not only provide light and mood they also work on actuators to provide ventilation from heat and also from smoke in the event of a fire.  By forming recessed slots in the plasterboard meant that concealed LED strips could be added for ambient lighting.  All apartment doors were set back to create a deeper reveal which allowed task downlighters to be added over each door.   The penthouses were also designed to meet Code for Sustainable homes level 4 with increased insulation, timber frame, green roof and MVHR system to each unit.  Triple glazing was provided to achieve higher thermal resistance and to eliminate noise levels from the street.  Internally the apartments were all completed to a high standard with engineered timber flooring, glass rooflights over stairs and large modern en-suites/bathrooms.

We love the black timber cladding, the open plan living with floor to ceiling structural glass windows and the location of these amazing penthouse apartments in the heart of Shoreditch.  They provide exceptional living accommodation with amazing views over the rest of London.